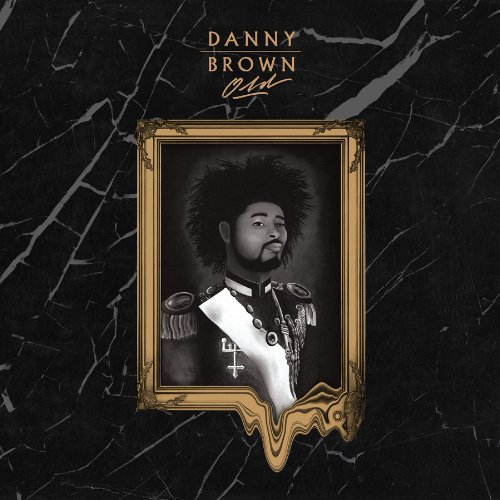 One thing about Detroit rapper Danny Brown: He’s a music dork. In a video conversation with ASAP Rocky last year, Brown called Love’s 1967 Forever Changes “the best album in the world” – a preference reinforced just this past week when he listed his favorite albums for Complex, also including Joy Division’s Closer and Radiohead’s Kid A. In another interview, he compared Chief Keef to Johnny Rotten, which wasn’t entirely dismissible. He purportedly did a song with sample-scramblers The Avalanches for their next record, and he’s already got two with synth-pop duo Purity Ring. Yet these things haven’t just made Brown an intriguing figure for writers who don’t always cover rap (although there is that). Rather, you get the feeling that Brown’s knowledge of his medium is key to his ability to produce a well-rounded listen, as the 32-year-old has done with Old, his biggest release yet.

Brown’s first musical forte was goonish, meat-and-potatoes indie rap that split the difference between G-Unit and Slum Village. He couldn’t have been any more flagrant about that era’s importance as concerns the Danny Brown narrative, putting it right at the start of the album in the form of “Side A (Old)” and “The Return”, the second of which features Freddie Gibbs and interpolates Outkast’s Aquemini droner “Return of the ‘G’”. These, the rawest tracks on the album, are sounds he hasn’t favored in years, but he gets back to those ways just fine. “The weak don’t speak, get left in silence/ And when you don’t listen, gotta speak with violence,” he raps on “The Return”, just one example of the aphoristic tough-talk found early here and occasionally elsewhere.

Of course, our most hardheaded MCs are usually the ones with the most to lament, and Brown – who served an eight-month jail sentence in 2006 on drug charges – sinks into a meditative state a few times during Old, recalling the formative experiences that still haunt him well past midnight. “Torture” would be self-explanatory if its tropes weren’t rendered in such detail — there’s one indelible image of a young Daniel Sewell witnessing a basehead (his uncle, it turns out) senselessly burn his lip during his ritual. On “Lonely”, the next track, a small masterpiece, he abandons his anger and grows resigned instead (“So I’m smoking by my lonely, by my goddamn self/ I don’t need your help, homie”). “Clean Up” is Brown at rock bottom, reading “I miss you” texts from his daughter, but busy being too high to know how he should respond. That is a scene that sticks with you.

So the festival-ready uplift comes as some relief, a can’t-miss reminder that Brown is mostly an exuberant, charismatic dude. The ScHoolboy Q-featuring “Dope Fiend Rental” is the first instance of a party atmosphere, but it’s that back half of the 19-song album where Brown fully embraces his natural extroversion. He barks twerking instructions (“Handstand”) and geeks on molly (“Dip”) because that’s what party animals do in 2013. These songs would have been highlights on Loosies, the sugary, EDM-indebted compilation Brown’s label Fool’s Gold released early this year, even though they’re less artful than they are accessible.

That’s the secret here: Brown’s muses are easily separated, but they aren’t mutually exclusive. He shows this in less intricate ways, as on “Dubstep”, which takes sonic cues from the polarizing genre but more notably puns on its name (i.e., “I had them dubs on the step”). But the overlap is more subtle on the covertly depressive ASAP Rocky collaboration “Kush Coma”. Being too rearranged to function is not something everyone views as a positive, after all, and Brown is getting old (haw!) enough to honestly survey all this debauchery. He’s still a countercultural figure himself, veritably, but he’s achieved self-actualization. Old won’t let you forget it.