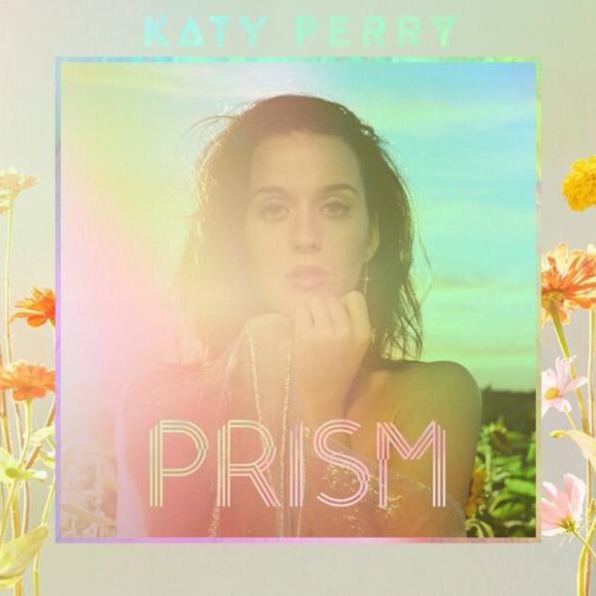 There are a lot of cynical things you could say about Katy Perry that wouldn’t be entirely inaccurate: that her biggest and best songs often succeed because of a steadfast refusal to cater to anyone other than the lowest common denominator; that she’s shown a bandwagoner’s approach to her musical career, chasing trends instead of establishing them; that her greatest successes have come from shouting what are essentially emotional platitudes from the highest of mountaintops. But, what that cynicism ignores is the most basic of things: Katy Perry singles are really, really good pop songs.

Perry’s last album was Teenage Dream, which featured six tracks that charted in the Billboard Top 10, including five (five!) number ones: “Last Friday Night (T.G.I.F.)”, “Teenage Dream”, “California Gurls”, “Firework”, and “E.T.”, all of which are songs you’ve cranked in your car and have sung along with at the top of your lungs. It was the kind of pop album that often defines a career and becomes a filter through which to view the rest of the artist’s work, like *NSYNC’s No Strings Attached or Britney Spears’ Blackout. It was enormous, with 3D IMAX-sized choruses that succeeded even when they failed (the hilariously awkward remix of “E.T.” still hit #1 on the charts).

Three years later, with the six-single success of Teenage Dream finally petering out, Perry returns with Prism, a record that translates the triumphant widescreen songwriting of Teenage Dream to the trends and sounds dominating pop radio at the moment, with results that are sometimes spectacular and sometimes, well, not.

The hits are, of course, major hits. Lead single “Roar” is streamlined Kiwi pop, with a bridge that sounds weirdly like Good News-era Modest Mouse, and a chorus that’s easy to shout joyfully in just about any available situation. Later, the irrepressible disco jam “Birthday” beats Carly Rae Jepsen’s Kiss at its own game. Pre-release non-single “Dark Horse”, despite the inclusion of southern rap legend Juicy J in a verse as token as Kanye’s on “E.T.”, still feels vital and forward-moving thanks to an aerated pencil sketch of a trap beat.

It’s not a coincidence that those songs show up on the record’s first half, which is uniformly more upbeat and likely to be the pool from which future singles are drawn. The record’s second half is filled with more mid-tempo tracks, ballads and pseudo-ballads, and the dramatic production speaks to the personal trials Perry has endured since Teenage Dream (notably, her failed marriage to comedian Russell Brand), even if the lyrics only speak to a general sense of overcoming something. In true Perry form, she is steadfast in her avoidance of specificity in her lyrics.

That back half messes up the pacing of the record, though, as many of the tracks don’t differentiate themselves from each other. “Ghost” and “Love Me” stand back-to-back with almost identical tones and tempos, turning into seven-plus minutes of listenable, but un-noteworthy ’80s synth pop muck. Closing tracks “Double Rainbow” — decent despite its cringe-worthy, meme-dropping title — and “By the Grace of God” would stand out more if they hadn’t been forced to rub elbows, thus stealing momentum and impact from each other.

Sometimes, Perry and her A-list producers (pop icons like Max Martin, Dr. Luke, Benny Blanco), in an attempt at making palatable many disparate characteristics in service of Perry’s everywoman charm, end up borrowing too liberally. While the groove on “Dark Horse” is strong, it’s still not wrong to call it a trap for soccer moms. “International Smile” is almost a straight rip of Daft Punk’s “Digital Love”, right down to the wild, pitch-shifted keytar solo. “This Is How We Do” features a lot of sing-talking, including a “This goes out to the [blank]” coda that only hammers home how much better Ke$ha is at this stuff. “Double Rainbow” and “Walking On Air” actually sound like vanilla re-interpretations of Valusia-era Zola Jesus (!) and Hercules And Love Affair (!!), respectively.

But, while those criticisms are valid, almost any criticism for a pop song can be annihilated via the hook, and Perry is a champion of choruses. Slower tracks “Ghost” and “Unconditionally” explode the moment Perry lets loose; “Roar” has already become the teenage anthem of choice, thanks to its almost unparalleled possible applications for affirmational YouTube videos; “This Moment” rides U2 guitars to a climax that aims to soundtrack every prom night for the next few years.

Moving the goalposts of pop music is not Katy Perry’s aim. She leaves that to artists like Lady Gaga or (though less often, lately) Britney Spears. Instead, Perry makes her name by crushing the established sounds of pop radio. Prism lacks the pop smash depth of Teenage Dream; it’s unlikely we’ll get six radio staples out of Prism. But, a solid three or four stereo-rattlers is not out of the question. While neither Perry nor Prism push any boundaries for pop music, they certainly raise bars.