Lee Ranaldo and the Dust – Last Night on Earth 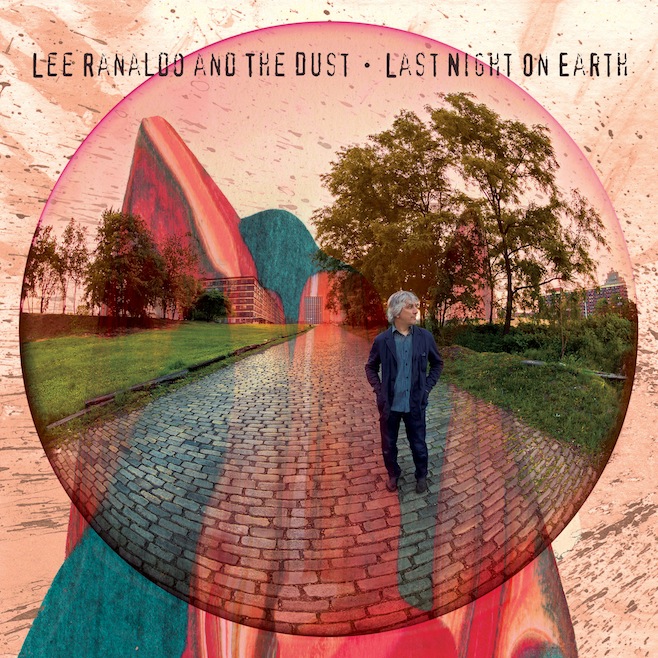 Ex-Sonic Youth guitar virtuoso Lee Ranaldo is approaching two full years since he made the announcement of his seminal alternative band’s at-least-temporary dissolve in November 2011. His first endeavor since then, last year’s Between the Times and Tides, dealt in stories about peripheral characters and scenes from throughout his life, ones that he never had the opportunity to slow down and consider up to that point. Times and Tides was a straight account of a now 57-year-old Ranaldo’s first reactions to seeing the world through a lens he hadn’t had access to since he was 25. Whereas he directed focus towards the lyrics on that record, his primary efforts are geared towards fleshing out musical shapes that were never fits for Sonic Youth on Last Night on Earth, his tenth solo LP, and an introduction to his new backing band, The Dust.

Last Night features warm, extended guitar pop tracks (nine total, most between seven and 12 minutes in length) inspired largely by the Grateful Dead in structure, and often in tone. It’s an especially melodic effort from Ranaldo, and while his DNA still plainly bleeds through with the occasional masterful guitar freak-out, he sounds comfortable and easy as ever here – at least up until the suddenly heavy, 12-minute shout-along closer “Blackt Out.” “Home Chds,” for instance, slowly and delicately shifts from an acoustic slow-burner to an accelerated, wobbly fuzz solo, while the mid-section of “The Rising Tide” finds Ranaldo in much more familiar form, stretching out a guitar screech over a furious rhythm section courtesy of longtime bandmate Steve Shelley on drums and Tim Luntzel on bass.

Not every track here is justified in its length, and at an hour and four minutes, neither is the album. But going for fewer and longer cuts was a good move on Ranaldo’s part, a testament that he can still create something familiar and comforting, while not lowering the songwriting bar. Even when jamming, The Dust remain expertly dense, never too loose, and never too derivative. Almost every aural detail is simply pretty, every guitar texture inviting, and perhaps the most impressive part is that it’s here just one year after Times and Tides.