Though gawky and unwieldy, this is a portrait of a woman with fierce, interesting instincts 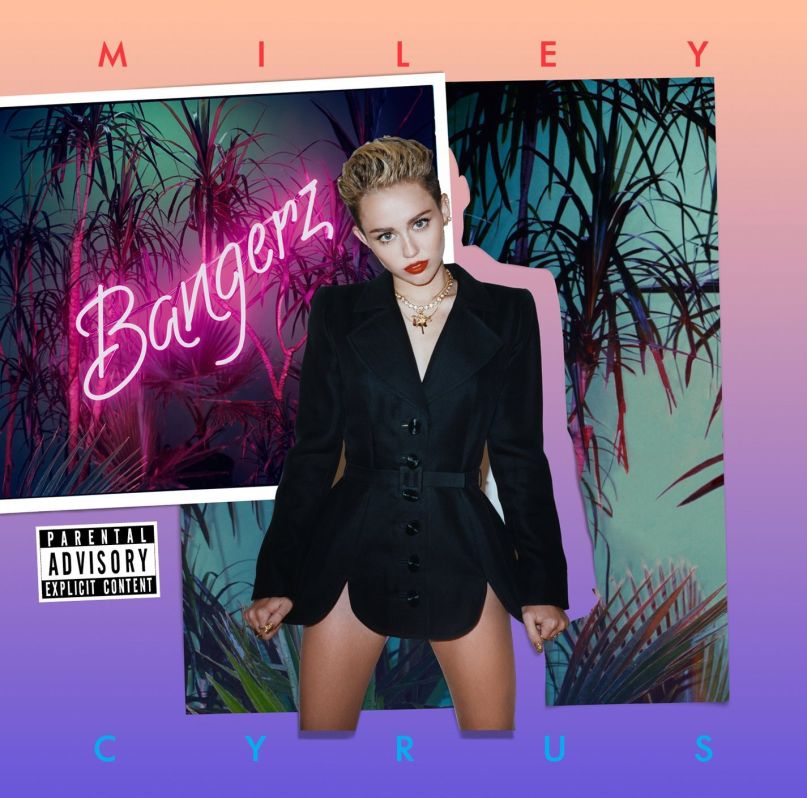 I hear you. There have been problems with Miley Cyrus. Read Jody Rosen’s ironclad takedown or the countless other essays by women of color to get a taste of how she’s messed up, at her VMA performance and elsewhere. I read all of them, and I’m glad that conversation has been started, that those voices are being heard. But, just the same way that I love that one Chris Brown song, Surfer Blood soundtracked some of my happiest college moments, and Kanye is my actual favorite artist despite some problematic misogyny, I love Miley’s new album, Bangerz. And I’m not alone.

I still really can’t stand the way people keep pinning Miley’s cribbing from a wide variety of other cultures and styles as somehow evil. And, it’s not just hip-hop on this album, but country, EDM, vampy balladry, and more. This is basically what white girls in America do. Why? Because there is essentially no culture for white women in America beyond sex, daughter/wife roles, and beauty, and  for some of us, that is not enough. Just because the culture of white, rich women in America is dominant in some ways doesn’t make it any less devoid of deeper meanings, doesn’t make it any less stifling, and doesn’t mean we should help perpetuate that. We’re told our culture is American Dolls — stories from the recent past of the daughters and wives of men doing important things. We’re told our culture is glitter, or stickers, or chain letters. We’re told our culture is to try to be skinny and pretty enough to avoid verbal torture and psychic terror in school and the larger realm of society. Any white girl worth her salt tries to look past Madonna and Britney — not shun them, just look past them — to a wider viewpoint.

So, Miley went looking for what’s going on around her and she found hip-hop, because it’s pretty unmissable these days. Surely Mike Will Made It’s skill for shellacking rough edges into rumbling slowcore rap brilliance was more than a backseat force on the album. “We Can’t Stop” was the first single for a reason, because it’s a crawling tour de force — defiant pop, even in grammar, drug use, and BPM. But aside from Mike Will, aside from the lead single and some problematic appropriation, Miley’s culled from many other movements and musics to create an album that reflects not just pop music, but her particular perspective on it.

She’s looking beyond herself, and though her steps may be gawky or unwieldy, the strides she’s taking still suggest a woman with fierce, interesting instincts. “4×4” is impertinently country, almost a nursery rhyme, needling genre-haters to the point of blood-letting. Big Sean (“Love Money Party”), French Montana (“FU”), and even Britney Spears herself (“SMS (Bangerz)”) pop up almost as afterthoughts, while Future’s appearance on “My Darlin’” proves his mettle once again on an interpolated version of “Stand By Me” that morphs into one of Bangerz’ best tracks. This is an excellent representation of the way that pop is drifting into hip-hop, though; Seeing all these names come together in one album doesn’t feel that surprising.

Miley is digging to define who she is, and like any 20-year-old woman, she’s going to fuck up. Like any 20-year-old, she’s also got the urge to pretend that none of this is affecting her and to refuse to apologize or even take a step back. But, making this the focus detracts from the album. Too many critics are caught up in the media instead of the music. Sure, she’s tapping into hip-hop, but with Pharrell and Mike Will Made It, she’s also just employing the best producers in the game right now. Don’t be shocked that this album is mid-level pop, be surprised that even at 20, Miley can open her scope to encompass country, hip-hop, ballads, and even the electronic impulses of today’s pop. Album opener “Adore You” breathes new life into the idea of a capital-B ballad, a left field move for 2013 that feels elegant in its own way. “Wrecking Ball” and “Drive” take machinery and turn them into heartbreak metaphors — and both are sinuous, intrepid tracks. “Maybe You’re Right” takes these same fears and twists them until they’re a fearless celebration of her own choices.

And, unlike plentiful reviews on the illustrious Ms. Cyrus, I won’t end this article by saying “let Miley live” because she can’t and won’t stop doing just that. Bro, she doesn’t need your permission.