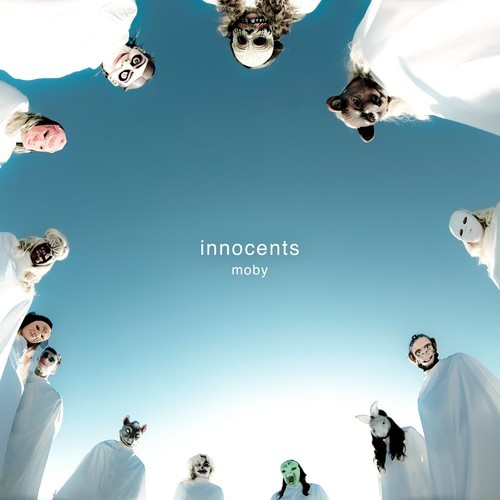 There isn’t a happier musician out there than Moby. The blockbuster DJ, who might be the only true household name in EDM, will be the first to tell you he has “The Perfect Life”. This time around, however, he’s celebrating it alongside longtime friends like Wayne Coyne, Inyang Bassey, and Mark Lanegan, in addition to new faces like Cold Specks, Skylar Grey, and Damien Jurado. At 11 albums deep, the Brooklyn-turned-Los Angeles maestro has little to nothing left to prove, which is why he doesn’t. As he told Time back in August, “My goal as a musician is to make music that, when I listen to it, effects me emotionally. To that end, I don’t really care if the music is innovative or what genre it’s in.” This pretty much explains all of Innocents.

It’s a Moby album for sure. No gimmicks or schlocky attempts at something trendy like dub-step, and no curveballs to polarize fans. The only difference is that he’s surrounded himself with high profile talent, making this a very flashy L.A. album — yet only on paper. To his credit, with the fitting exception of Damien Jurado on “Almost Home”, no one really outshines his music; instead, they soak into his familiar warm bath of synths, echoes, and tender percussion. No lie: If you hadn’t seen Coyne and Moby running around as rabid mariachis in their video for “The Perfect Life”, you probably wouldn’t even blush upon listening. The same applies for the always unmistakable Grey, who despite standing front and center for Play-era track “The Last Day” whisks on by without a head turn. Even the smoky cadence of Lanegan starts sounding like Moby after awhile on “The Lonely Night”. Some might call that a waste — especially those who enjoy attending Major Lazer’s guest-heavy block parties — but it actually makes for an organic recording.

“I could say that moving across the country has influenced me and my music is completely different, but I just don’t know that it is,” Moby admitted in the same interview. “My environment here is quite monastic, and my environment in LA is quite monastic.” The term monastic best describes Innocents, if only because it ultimately proves that Moby’s happiest where he’s been all along, which explains why tracks like “Everything That Rises”, “Going Wrong”, or “Saints” could slip into 18, Hotel, or Destroyed and nobody would bat an eye. His motivation is to make himself feel good and happy in his own creations, so why should we expect him to tinker with something that’s working out? Better yet, answer this: How often do you wanna slip out from underneath the covers? Exactly.

Doesn’t mean you shouldn’t every once and awhile, though.