St. Lucia – When the Night 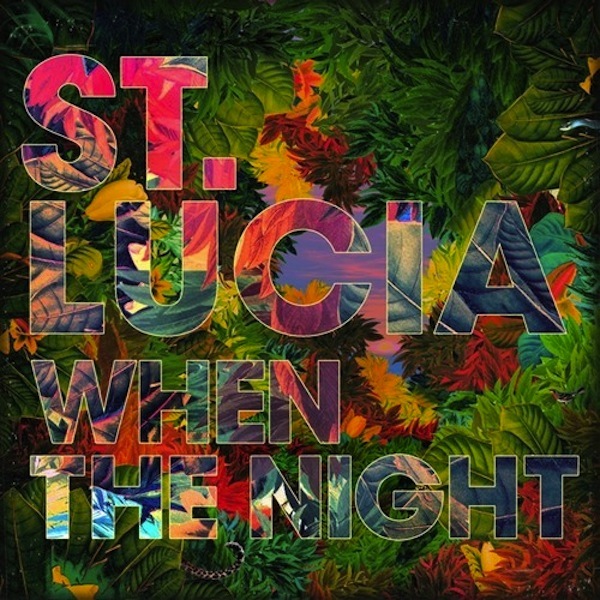 There are very few downers or bad times on When the Night, just sax solos and a very intentional, infectious campiness. Whatever your feelings about the ‘80s may be, the well-crafted melodies on St. Lucia’s latest lack even a hint of irony (though they justifiably ought to). Instead, When the Night holds just the good-vibes feel of the Toto-esque tunes they try to emulate. “No one’s gonna take you there,” Jean-Philip Grobler, the South African mastermind behind the mostly one-man project, sings in an alluring falsetto on “Elevate”. He’s wrong, simply because he already is taking you there – to a place where all the shirts are Hawaiian, all the lights are neon, and no one is ever hungover in the morning.

The album’s 11 tracks blend together for the most part, with a few important exceptions to the otherwise distended ’80s revelry. “Call Me Up” distills the album’s common sounds to near perfection, and, punctuated with synth notes and reverb, it’s perhaps the most innocent, joyous ode to the booty call ever recorded. “Too Close” packs the most punch, punctuated with tribal drums and jabbing synths. It’s the closest the album ever comes to angst and, even then, it doesn’t carry much more dread than a dramatic moment in Ghostbusters. Simply put, it’s hard to feel that the stakes are very high here — given the flashing colors, the emotions being expressed often feel like caricatures of their true form. When real feeling does show, through, it’s jarring in the best way.

When the Night ends just before the nostalgic dance party wears out its welcome and the harsh overhead lights come on. And when it’s over, the album begs to be repeated, denying those lights even have an on switch. It recalls the addictive power of “Africa” and why some 31 years later it’s still a popular choice amongst radio DJs everywhere. All we can do is just turn it up and sing — again and again and again.

Essential Tracks: “Call Me Up”, “Too Close”