Tedeschi Trucks Band – Made Up Mind 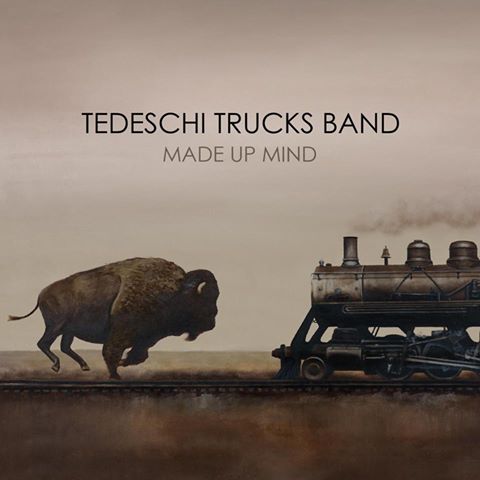 Derek Trucks is an astoundingly talented guitarist. Trucks’ playing — particularly the ultra-emotive, vocal-sounding bottlenecks that have become his calling card — is one of those rare gifts that allows a player to turn even the weakest of songs into something enjoyable. The same can be said of Trucks’ wife and musical partner, Susan Tedeschi, who made a name as a premier howler of the blues, long before joining her own band with Trucks’ to make for the goliath roots conglomerate they now perform with, the Tedeschi Trucks Band.

Contemporary roots music is a touchy game. How do you say something fresh in a realm focused so heavily upon preserving its past? At what point do we have to accept that a major part of the blues’ charm is that it is a fleeting window into a time long gone? Where does one draw the line between a lack of originality and an authentic take on a style?

With Made Up Mind, the Tedeschi Trucks Band references all of the great things about classic blues, soul, and funk, all of which are presented with clean, clear production. The presence of two drummers certainly beefs up the rhythm section and makes for some interesting moments, particularly on tracks like “Whiskey Legs” and “Misunderstood”, where the band frolics about in deep southern grooves and burning blues rock. Oddities like the jazz flute that leads “Idle Wind” are unexpected adjustments to the otherwise predictable fare of the album. However, as a statement, the album really falls flat of what the Tedeschi-Trucks union has long proven themselves capable of.

The songs here are executed too elegantly, to the point of sterility, the album seemingly only made to be put in the six-disc changer of your dad’s Lexus. The album simply does not do the talent of Trucks, Tedeschi, or their well-oiled outfit of musical heavyweights any service. There is a lack of swagger, a lack of soul that makes every track less-than-memorable. Trucks’ history of jaw-dropping guitar heroism is severely limited. The ending of “Do I Look Worried”, the stabs in the bridge of “Sweet and Low”, and the Eastern-sounding solo that closes “Idle Wind” are all teases of what Trucks is best suited for, and Tedeschi’s formidable vocals grow a little cloying. It feels as if the focus on Made Up Mind was on serving the songs rather than the players, which is understandable, as plenty of guitar heroes make less guitar-centric albums in an effort to prove themselves as more than just a bag of a licks. But, it all just falls a bit flat of what this group is capable of in the right context.

Essential Tracks: “Do I Look Worried”, “Whiskey Legs”, and “Misunderstood”