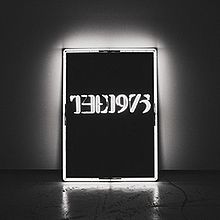 Heads were definitely turned when the self-titled debut album from British four-piece The 1975 hit number one on the UK albums charts in its first week, beating out the return of Nine Inch Nails. The genre-bending 16-track effort is the culmination of the sounds from the four EPs the band has put out in the past year, equal parts haunting synthpop hooks and breathy lyrics about sex, drugs, and life in the city, as well as explorations into plenty of new sounds.

The production assistance from Mike Crossey colors things, his previous work with Arctic Monkeys and particularly with Foals showing through as a large influence on the sound that the band is clearly refining into something special. With The 1975, the Manchester group has crafted a skillful pop album that you can listen to while you stare out the window at some dreary weather or while you drive around with the top down, not an easy expanse to cover.

In interviews, the band has mentioned several musical inspirations, many of which are evident in the sound of the album. One that struck me as curious at first, but is readably available in the second half of the album is their fascination with the films of John Hughes and their scores/soundtracks. “Heart Out” starts with a synthy bass line before sprawling into a catchy pop song with ’80s movie music tropes, like jazzy horns, guitar hiccups, and lovelorn lyrics. The group has also cited Sigur Rós and Brian Eno as large influences, saying in an interview that “ambient music at its best commands you how to feel without the use of words.” Their reverence for the ambient results in three potent tracks: “The 1975”, “An Encounter”, and “12”, all of which last less than 90 seconds, but are still compelling listens that could easily make the soundtrack of a modern John Hughes movie.

That said, the album is at its strongest when the band sticks to exhilarating, provocative pop songs. The 1975 is doing for pop music in the UK what the US so desperately needs, a refreshing look at how to make earworm songs that rely more on the musicality of the artist than the image and marketability. That’s not to say that these guys aren’t sellable — I’m sure they’ll be up for whatever the UK version of a Teen Choice Award is. But, they don’t just rely on their perception as pop stars, but as musicians who value their craft. The band has spoken about their hesitance to get involved with a producer for their debut album out of fear of compromising their vision, but bringing on the proven Crossey as co-producer clearly served the band well. You might not know The 1975 just yet, but they’ve crossed the pond and should make a splash soon.