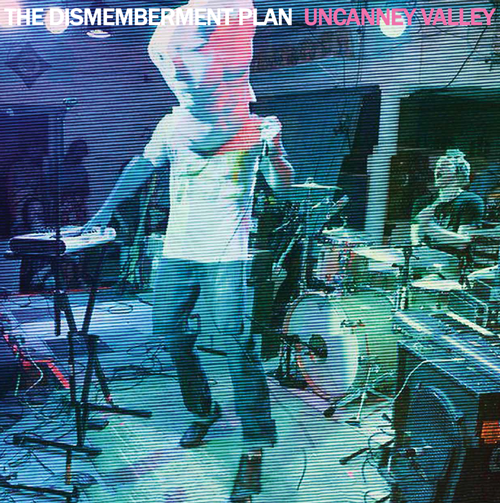 The Dismemberment Plan no longer has anything to prove. So, what do you want them to say? What do you want them to do? Their place in indie rock history is set right at the intersection of the “Struck Down Too Soon” and “Underappreciated In Their Time” narratives. They were a band the Internet loved before the Internet could move mountains, and their only flirtation with wider success (the beginnings of Emergency & I on major label Interscope) had a Wilco Yankee Hotel Foxtrot ending, without the accompanying iconic documentary to grant the album a Phoenix’s commercial rebirth. Everything they’ve done since then, from the few one-off hometown Washington D.C. shows, to the 2011 return tour, to their brand spanking new album, Uncanney Valley, is gravy.

That lack of pressure — either internal or external — is one of the things that makes Uncanny Valley successful. The Dismemberment Plan’s return didn’t come with the baggage that alt-music world-changers like the Pixies and Pavement had to deal with upon their returns. And, you can hear how relaxed and at peace the band sounds from the light sleigh bells and lackadaisacal rhythm of the breathy opener, “No One’s Saying Nothing”, the Change-era groove of “Daddy Was A Real Good Dancer”, and the incessantly pleasing closer “Let’s Just Go To The Dogs”.

All the classic Dismemberment Plan signifiers are still around, too. Idiosyncratic bipolar tracks like “White Collar White Trash” and “Mexico City Christmas” ride Joe Easley’s restless, polyrythmic drumkit like not a day has passed since “Ellen & Ben”. And those songs, along with the Ben Folds-esque shoutalong “Go And Get It” and the bizarro shuffle of pre-album relase track “Waiting”, take 90 degree turns in practiced lockstop with the best of the material from the band’s Is Terrified days. Not even frontman Travis Morrison’s infamous solo album will get him to shift out of his hyper-verbose character studies, like the reflective nostalgia of “Daddy Was A Real Good Dancer” or the big city blues of album highlight “Invisible”.

But, that comfort with each other also, unfortunately, detracts from Uncanney Valley. Even on the more plaintive gear shift of 2001’s Change, the Dismemberment Plan’s greatest successes came when tapping into the urgency of post-college malaise. The characters on Emergency & I constantly tried to define themselves by the things that surrounded them, and typically found it empty. Is Terrified was frantic and almost unhinged, tapping into the manic energy of being unable to pay your bills. Uncanney Valley finds the band at its most relaxed and, as a consequence, most passive.

Some of that can be found in Morrison’s lyrics. While his rapid-fire speak-singing and emotive caterwaul are still present, and he’s still snapping out evocative phrases with a showman’s confidence, there are songs where all of that talking doesn’t actually, well, say anything. “Mexico City Christmas” has a title that suggests the type of narrative struggle that Morrison excels at depicting, but comes to the table with vague references to face paint, familial distance, and driving by a cop. “Let’s Go To The Dogs” dances all the right steps, but its lyrics, while aping specificity in lines like “radio cathedral lights saturate the lens/ anti-coded graphs of a now that never ends,” never places it’s characters anywhere besides “at the dogs.” For a band known for detailed allegories and deft descriptors, many of the lyrics here end up falling limp.

Getting people moving has always been a core tenet of the Dismemberment Plan’s music. Early in their career, they tapped into the visceral response of energized, dissonant fury, stuff like “One Too Many Blows to the Head” or “Girl O’Clock”. On Uncanney Valley, they sound in many places like more patient renderings of Change material, mixed with grooves stolen from disco and funk records from the ’70s. While such a shift is appropriate — Morrison, 40 this year, probably dances differently than he did in the late ’90s — it gives the record a feel of adults that know they have to pay the babysitter when they get home.

The band is so good together, though, and sound so at peace and at ease knocking these songs out, that it makes it hard to even dislike the record, problems though it may have. It’s too well-crafted, too gregarious, too self-assured, and too joyful to not be enjoyable. It’s not the stone cold classic that Emergency & I was, but it knows that it doesn’t have to be. The Dismemberment Plan no longer has nothing to prove. So, what do you want them to say?