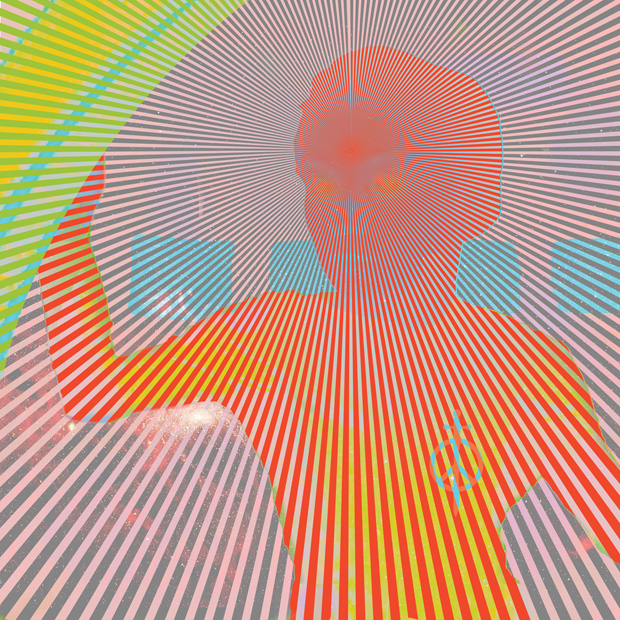 Really though, how is it that The Flaming Lips haven’t scored more science fiction movies? The first side of 2002’s Yoshimi Battles the Pink Robots all but came with its own anime saga, and the band’s back catalog is spangled with the kind of squiggles and blips that wouldn’t sound out of place in a space opera. Science fiction encases the world of The Flaming Lips; Wayne Coyne now cradles a cyborg baby as he sings onstage. The meat of the Lips’ lyrics address fundamentally human problems (despair, addiction, death, etc.), but they’ve always tackled the heavy stuff inside fantastical settings. So, it’s fitting that the latest output from these psych vets accompanies the film adaptation of one of the most important sci-fi novels in recent memory, Orson Scott Card’s Ender’s Game. Inspired by the book more than the movie, Peace Sword plays like a colorful growth on the face of Planet Terror, but stitches together a few too many exhausted Lips tropes to feel novel.

The EP — which, at 35 minutes, runs longer than many self-proclaimed LPs — starts with a title track that cuts a little closer in tone to the bright outbursts of Soft Bulletin or Yoshimi than The Terror‘s doom sprawl. “Peace Sword (Open Your Heart)” is the only song on the record written specifically for Ender’s Game, which might explain why it’s the most commercial-friendly cut we’ve heard from the Lips since 2002’s “Do You Realize??”. It reaches for the same highs that power the band’s best songs, but ends up sounding more like a Happy Meal toy than a fully-articulated action figure: high color, low detail, easily packaged. Canned strings duet with an alien flute riff, while Coyne runs over the same sparse lyrics. This is the Terror-era Lips impersonating the Lips from the days of Yoshimi. They know all the moves, but they don’t put much into them.

On track two, the band gets to reenter the queasy, thin atmosphere that blanketed their past two proper studio releases. “If They Move, Shoot ‘Em” grooves like it was scraped off of Embryonic‘s cutting room floor, all hiss and itchy drums that seem to score an imaginary action sequence. “Everything changes, everything dies/ I know,” Coyne croaks over strings on “Is the Black at the End Good”, before the track swells into something that sounds like a pale version of one of Soft Bulletin‘s triumphant spots. Even as the drums assume ballad formation, there’s not enough density or melody to carry the song to a real peak, faltering even in the title track’s weak shadow.

When it’s not grasping at suns, the EP settles into a few nice pockets. On “Think Like a Machine, Not a Boy”, Coyne gets soft on “the beauty that surrounds me,” while thick electronics bleat out something close to ugly. “Wolf Children” plods through like a sedated cousin of “The Gash”, though its charm wears off before long. It’s the record’s 10-minute closer that hints at what the EP might have sounded like if the Lips didn’t feel compelled to organize their thoughts into songs and just kind of jammed on a sci-fi concept for a good while. “Assassin Beetle – The Dream Is Ending” loops through the motifs touched on earlier in the record, but traps them in a thick, eerie flow. It sounds like the world that’s been built up for the past 25 minutes is melting. “The dream is ending,” Coyne chants.

To be fair, Peace Sword is bonus content, both for the film that inspired it and for the Lips’ sprawling discography. Given how much the band already owes to the sci-fi genre, it’s not surprising that the Lips doing Card sounds like the Lips doing the Lips. The EP’s a one-off, a little rushed, and mostly for fun. Fans who felt weighed down by The Terror will appreciate the spots of levity on Peace Sword, in the truth, and beauty, and joy that blast off in straight candied ballads. Just don’t count it as canonical.