Arcade Fire to appear on The Colbert Report, plus watch another teaser 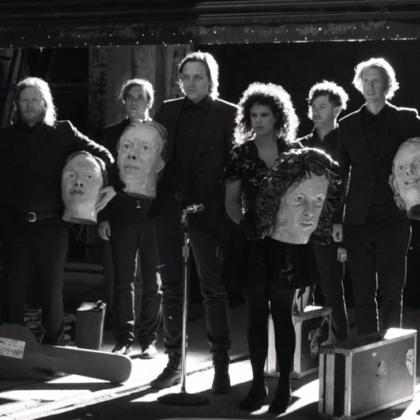 It doesn’t seem like Arcade Fire has much need for the Colbert bump, but they’ll appear on Stephen Colbert’s late-night talk show regardless on Monday, October 21st, according to ArcadeFireTube. It’ll come amidst a series of intimate shows the band is playing in support of new album Relefektor, due out October 29th via Merge.

The band previously appeared on Comedy Central’s The Daily Show in August 2010 behind The Suburbs. Here they are performing “Ready to Start” from that episode:

Update: The band has also shared another teaser video in support of Reflektor. It features more scenes from Haiti plus Win Butler working on the song “We Exist” in the studio (via Tribeca Film).