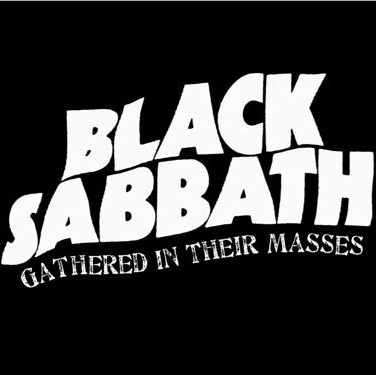 Earlier this year, Black Sabbath founding members Ozzy Osbourne, Tony Iommi, and Geezer Butler embarked on an extensive world tour in support of their first album together in 35 years, 13. Now, the band is commemorating their triumphant comeback with a brand new concert DVD, Black Sabbath: Live…Gathered in Their Masses, due out November 26th via Vertigo/Republic.

Gathered compiles footage from the band’s April 29th and May 1st concerts at Melbourne’s Rod Laver Arena, which marked their first shows Down Under since 1974. In addition to Sabbath classics like “Paranoid”, “War Pigs”, and “Iron Man”, the tracklist features the live debut of several 13 tracks, notably “Methademic”, ” End Of The Beginning”, and lead single “God Is Dead?”

In addition to standalone versions of the DVD, Blu-ray, and CD combo packs, a deluxe box set is also available. It’s comprised of the Blu-ray packaged with two DVDs of bonus visuals, a CD of live audio from the shows, posters, signed setlist, photo booklet, and an official show “ticket.”

Pre-orders for Gathered are ongoing. Below, check out the teaser trailer followed by the tracklists for both the DVD/Blu-ray and CD.