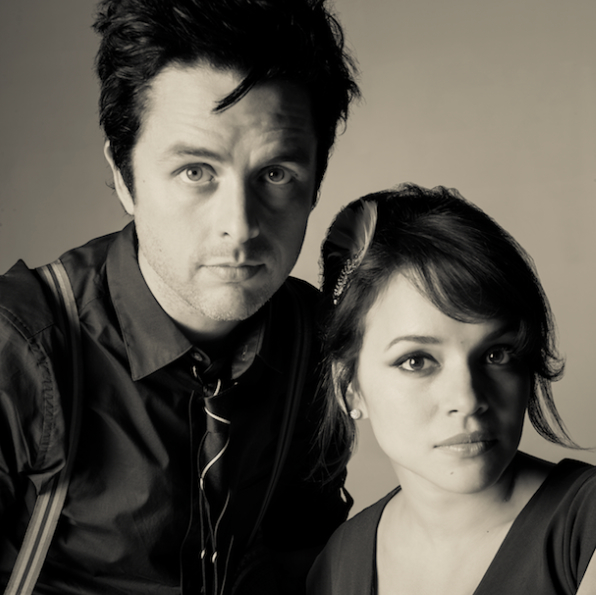 Following the crazy success of Green Day’s last three albums, frontman Billie Joe Armstrong has opted to take a chill pill with an unlikely friend, Ms. Norah Jones. No, it gets better. As Stereogum reports, the two came together in New York City recently to record their own version of the Everly Brothers’ 1958 record, Songs Our Daddy Taught Us, which they’ve now dubbed, Foreverly.

In a lengthy interview, Armstrong explained how the collaboration came to fruition:

It all started with Stevie Wonder. We sang together with Stevie Wonder and his band and a whole bunch of people, that’s how Norah and I first met. Then … well, I got into the Everly Brothers’ record a couple years ago and I thought it was just beautiful. I was listening to it every morning for a while off and on. I thought it would be cool to remake the record because I thought it was sort of an obscure thing and more people should know about it, but I really wanted to do it with a woman singing because I thought it would take on a different meaning — maybe broaden the meaning a little bit — as compared to hearing the songs being sung by the two brothers. And so my wife said, ‘Why don’t you get Norah Jones to do it?’ and I was like, ‘Well, I kinda know her.’ Well, I mean, we had Stevie Wonder in common. And so I called her and she said yes. So it was kinda like a … well, I keep saying it was kinda like a blind date.

The album was recorded in nine days and over two free-spirited sessions alongside a hired drummer and bassist. As Jones insisted, “there’s no agenda.”

“There wasn’t like a looming plan while we were recording, which is why I wanted to do it,” Jones added. “I like to do stuff like this because I don’t have to go nuts and break my neck and tour all over the place for it. Even though I do like to tour… and it would be fun to play some shows for sure.”

Foreverly hits stores just in time for Christmas and Hannukah on November 25th via Reprise Records. Read the full interview between the two here and preview their work below with a listen of “Long Time Gone”.