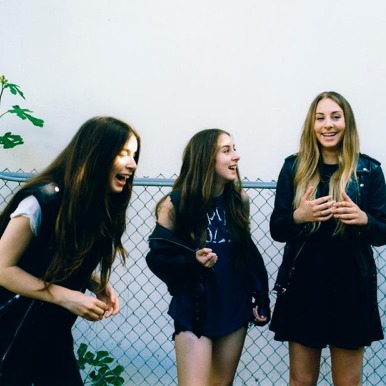 HAIM are no longer indie rock’s best kept secret. The traveling band of sisters — who catapulted onto the scene just a year ago and have gone on to parlay their CoSigned status into festival appearances galore and an excellent debut LP Days Are Gone — will serve as musical guest on the November 23rd episode of Saturday Night Live. They’ll appear alongside host Josh Hutcherson, of Hunger Games fame. Holy crap is right.

Also confirmed for SNL is Lady Gaga, who will both host and perform on the November 16th episode. And don’t forget: Eminem will perform on this week’s episode.