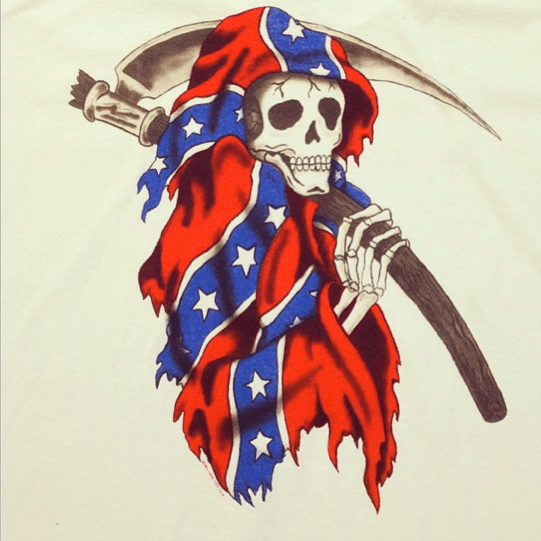 Last night, Kanye West kicked off his Yeezus world tour in Seattle. If his performance alongside a Jesus Christ look-alike wasn’t enough to stir up controversy, his merchandise included images of the Confederate flag. One t-shirt features an image of a skeleton draped in the flag, while just the flag itself is pressed onto a tote bag.

No doubt, usage of the flag is Kanye’s attempt to redefine an image synonymous with racism in American history, a topic which is tackled extensively on Yeezus. As Complex noted, “Instead of giving his fans something they can rock to say, ‘Hey, I went to the concert,’ the shirts are definitive statements themselves.” Meanwhile, Kanye’s creative director Virgil Abloh took to Instagram and described the merchandise as a “collection of thoughts.”