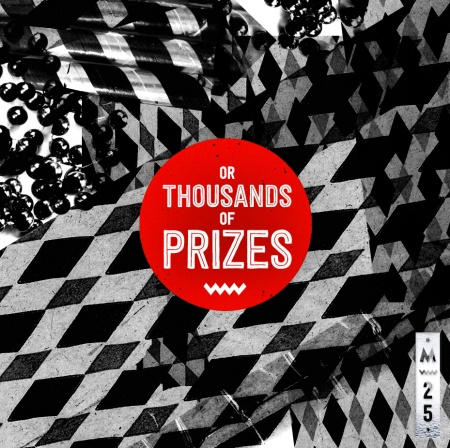 Time for that daily reminder about you being old: Merge Records will turn 25 years old in 2014. To commemorate this landmark milestone, the renowned Chapel Hill label is launching a year-long, subscription-based singles series entitled Or Thousands of Prizes.

Every two months beginning in February, Merge will ship two seven-inch colored vinyls featuring exclusive, newly recorded songs from Merge artists, including Superchunk, The Mountain Goats, Destroyer, Lambchop, Mikal Cronin, Mount Moriah, The Clientele, King Khan & the Shrines, and more. A total of 12 seven-inches will be shipped over the course of the year, however, they’ll only be available to subscribers of the series and will not be available individually or sold in stores.

In addition to the seven-inches, subscribers will receive an assortment of bonus items, including collector’s box to display the seven-inch vinyls; an exclusive t-shirt commemorating 25 years of Merge Records; a “surprise” bonus 12-inch; a CD and digital download of all Or Thousands of Prizes tracks; and an updated and newly issued e-book version of the label’s visual discography, The Merge Records Companion. Furthermore, subscribers will have first access to tickets for special Merge anniversary events and be entered to win giveaways throughout 2014.

All proceeds from Or Thousands of Prizes will go to Oxfam America. Pre-orders are now ongoing through Merge’s website.

Below, listen to Superchunk’s Halloween-themed cover of Misfits’ “Children In Heat”, released to coincide with the launch of Or Thousands of Prizes.