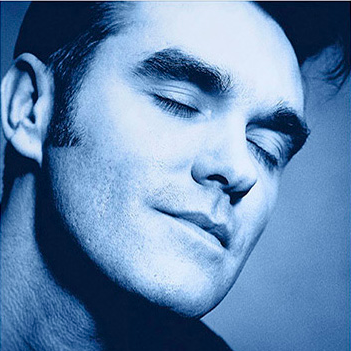 Today, Morrissey’s autobiography, aptly titled Autobiography, was released in the UK and Europe. As with most things dealing with the UK singer, the roll-out was anything but smooth. The 457-page tome was originally scheduled to come out last month, but just three days prior to its release, it was reportedly canceled due to a “content dispute” between Morrissey and its publisher, Penguin Classics. But less than a week later, Penguin said it would in fact release the book, just a little later than expected.

Penguin has faced scrutiny for agreeing to publish the book under its Classics banner, which places Morrissey alongside such luminaries as John Stuart Mill, Francis Bacon, and Charles Darwin. In expressing his desire to be published by Penguin Classics, Morrissey said, “When you consider what really hits print these days, and when you look at the autobiographies and how they are sold, most of it is appalling.” Meanwhile, Penguin noted Morrissey has been voted the second-greatest living British icon, adding, “It has been said ‘Most pop stars have to be dead before they reach the iconic status that Morrissey has reached in his lifetime.”

As of now, the book is only available to purchase in the UK and Europe, and our requests for review copies have been rejected due to licensing issues (we’re based in America). We hope to obtain copies for a future edition of Aux.Out. Book Club, but in the meantime, here are a few of the book’s most noteworthy revelations, as discovered by the British press:

— Morrissey was upset to discover that The Smiths’ debut album was released in different configurations around the world (via Telegraph). He writes, “I vomit profusely when I discover that the album has been pressed in Japan with Sandie Shaw’s version of ‘Hand in Glove’ included. I am so disgusted by this that I beg people to kill me.”

— Morrissey was investigated by police following the release of “Margaret on the Guillotine” (via Guardian): “‘…so that they might gauge whether or not I pose a security threat to Margaret Thatcher’. The meeting is civil, the singer’s autograph is given, and after an hour he is sent away and the matter is ended.”

— Morrissey received a letter from Johnny Marr years after The Smiths’ broke up, which he reproduces in the book (via The Daily Beast): “I’ve only recently come to realize that you genuinely don’t know all the reasons for my leaving. To get into it would be horrible, but I will say that I honestly hated the sort of people we had become.”

— Morrissey thinks there have been several conspiracies waged against him (via The Daily Beast), such as when The Smiths’ Mike Joyce was awarded 25% of the band’s profits: “I feel as though the outcome has been strategized in backrooms of closed curtains where my epoch has been cut short,” he writes. In regards to NME, Morrissey says the UK music magazine “gave him unfairly bad reviews, plotted to end his career, and wrongly accused him of racism.”

— Morrissey is highly critical of The Smith’s record label, Rough Trade. He says the release of the band’s debut was poorly managed: “The album ought to have been a dangerous blow from the buckle-end of a belt, but instead it is a peck on the cheek”. He also says the band received little creative support from Rough Trade founder Geoff Travis, as The Daily Beast reports: “Morrissey says he was asked by Travis why he thought the Smiths singles didn’t chart higher. Travis had his own answer: ‘Because they’re not good enough.’ He puts his glasses back on and shrugs his shoulders. I glance around his office looking for an axe. ‘Some murders are well worth their prison time.'”

— Morrissey was once almost kidnapped. According to the Guardian, “Morrissey believes Mexican kidnappers targeted him after a show in Tijuana in September 2007, when his driver veers from the highway down a dark road – 20 minutes after having promised they were four minutes from the US border. He and his security guard, fortunately, are able to leave the car, which leaves them in the middle of nowhere.”

— Morrissey was twice offered roles on UK soap operas, as well as a cameo on Friends. According to the Guardian, Morrissey once wrote to Granada TV, “suggesting he be employed as a writer on Corrie. ‘I am invited to submit a script, and I whip off a word-slinger’s delight wherein young take on old as a jukebox is tested in the Rovers’ Return.’ Sadly, he is told his talents lie elsewhere. Many years later, however, the soaps come for him, when he is offered roles on Emmerdale and EastEnders, as Dot Cotton’s ‘so far unmentioned’ son. ‘I would arrive unexpectedly in Albert Square and cause births, deaths and factory fires every time I opened my mouth’. As Morrissey observes: ‘The most fascinating aspect of both offers is that somebody somewhere thought it a good idea.'”

— Morrissey often wishes he were dead. “Yet there comes a point when where the suicidalist must shut it down if only in order to save face,” he writes (via The Daily Beast). “I could only tolerate an afternoon if I took a triple amount of the stated dose of valium prescribed by my GP (who would soon take his own life).”