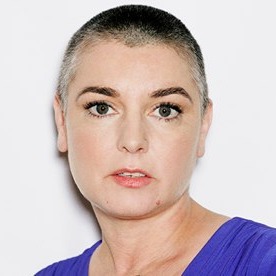 Sinead O’Connor isn’t done with Miley Cyrus. What began as an impassioned open letter to Cyrus advising her not to become a “prostitute” of the music industry has devolved into a pretty nasty back-and-forth between the musicians. Cyrus has poked fun at O’Connor’s bipolar disorder, which propelled O’Connor to threaten legal action. While Cyrus did not address O’Connor directly during her stint on Saturday Night Live, she did refer to their spat as “crazy” in a subsequent interview on Today Show aired Monday.

In response, O’Connor has penned another letter to Cyrus. Over the course of 1,700 words, she points out the dangers of mocking people with mental health problems and repeatedly calls on Cyrus to apologize for her recent comments. O’Connor writes, “Luckily I am a strong person. And I have four children whose lives would be destroyed if I were to buckle under the abuse you set me up for.. If I were not, and or I did not have four children, these types of communications and these types of articles and remarks could have had their desired effect.”

Read the full letter below:

Since I do not have any address at which to write to you I do so on my site. Since I have three children at home to take care of, I do not have time to come to meet you.

If you wish you can e mail me directly at Iamwonderful@me.com

You’ve said on Matt Lauer’s show ( where you again refer to me as “crazy”) that you don’t understand why I have been upset with you. I find that hard to understand frankly, since you’re clearly very far from being a stupid woman.

My problem with you stems from your response to my first letter. Until you exposed me ( And Amanda Bynes) to abuse on the grounds of my having sought help (extremely coherently) to save my life, when experiencing suicidal compulsion as a side effect of a medication called Tegretol, I had no problem with you whatsoever.

I hope that clarifies the confusion you expressed on Matt’s show, where you conveniently forgot how it got from someone sending you what was intended as a caring message to that same someone being extremely upset with you.. And then went on to repeat the very action which caused that upset.

I would very much like you please to apologise to myself and Amanda Bynes for having perpetuated abuse of both of us on the grounds that Amanda has had ‘mental health issues’ and that I experienced suicidal compulsion and was open about seeking help in order to save my life.

This should also involve an apology to all sufferers of mental health difficulties and all those who have had experience of suicidal feelings or who have been affected by suicide.

I’m not sure if you are aware that in your own country 7 out of every 100,000 people between the ages of 15 and 19 commit suicide every year. The third highest cause of death for those in that age range (this is the age range you stated on Matt’s show “most of” your fans are) or that on average one person in your country dies by suicide every 16.2 minutes.

You’ve acknowledged most of your fans are “very young”. You might therefore consider being careful regarding what signals you send those of them who may be feeling suicidal and would now be afraid to say so.

In your country suicide is the second highest cause of death amongst 25-34 yr olds.

A lot of these deaths would not take place if it were not the case that stigmatisation and bullying and buffooning of those perceived mistakenly or otherwise to have mental health issues, especially when they seek help, creates silence and causes many not to seek help.

Bullying of those perceived mistakenly or otherwise to be mentally ill causes deaths. Period. As does bullying of those who express that they are feeling suicidal and seek help.

You may have noticed that in your country it is the fashion to lynch young famous ladies in the streets because they have been diagnosed crazy by media and or celebrities. This is an unacceptable breach of human rights. And at some point the media may attempt it upon you. If so they will certainly have to deal with me.

Look Miley, what you did to myself and Amanda encouraged enormous abuse of us both, publicly and privately. And will certainly have made it difficult for young people who admire you and who may be suffering with mental health problems or suicidal ideation to feel they can be open and seek help, since you had us mocked for seeking help.

It is imperative that all suicidal people seek help. Whether they do so on twitter or anywhere else is beside the point.

People must save their lives by any means necessary which do not involve hurting anyone. It is extremely dangerous to vilify those who are brave enough to seek help, as I did. Or to support in any way the public lynching of so called ‘mad’ people.

Young people are being buried in their droves, having died by suicides brought about by bulling of the type you perhaps unwittingly subjected myself and Amanda to. The type of media bullying which resulted from what you did causes suicides. And perpetuates the idea that those deemed by the media to be crazy are fit for nothing but to be mocked and insulted. This causes deaths. Period.

As a result of what you did I have had numerous communications from people urging me to commit suicide. Not to mention I have been the subject of literally thousands of abusive articles and or comments left after articles, which state that I and therefore all perceived mentally ill people, should be bullied and be invalidated.

I might add my children have been extremely upset by the nature of media attitudes toward their mother on the grounds their mother is (falsely) believed to be mentally ill.

Certainly there are people out there tonight who will choose to take their lives rather than admit they need help, because when people ask for help, the media and celebrities like yourself mock them. I am sure you cannot have understood this when you did what you did.

That way, if you yourself are ever pushed to the brink of wanting to die because of show business’ effects upon you, you will be less likely to be the subject of the type of lynchings you’ve seen Britney and Amanda have to deal with, or which school kids the world over are dealing with every day.

Also I would appreciate you stating publicly that the tweets of mine you posted (wherein I sought a psychiatrist from outside Ireland so as to save my life) were in fact two years old and do not reflect my current medical condition. This is because it is extremely hard to get employment when people think one is in mid-breakdown.

If you like, my children can also let you have their own personal statements as to how they feel about what they have seen done to their mother.

No person, myself included, should wake to the types of e mails and communications I have had for the last few days urging that I should kill myself, nor to the type of ‘net abuse’ I have had to endure as a result of what you did.
Neither should I now have to have management write to half the show business world to explain my tweets were two years old and that in fact I am very fit for work.

I have four children to support. I can’t do that if people believe me to be unemployable.

I doubt you thought clearly before doing what you did and I’m willing to give you the benefit of doubt on that, as I’d find it hard to believe someone so young could be that calculatedly evil to anyone, never mind someone who did absolutely nothing to deserve such abuse, or to be set up for such abuse from others.
It would be extremely beneficial for yourself, Amanda and myself and millions of sufferers of mental health issues, that you apologise unconditionally and withdraw your remarks. And make clear that my tweets were two years old.

I have no interest in the ‘feud’ which media want. There is no ‘feud’ as far as I am concerned. What there is however.. Is a lot of very serious harm caused to myself and my children and probably to Amanda, and DEFINATELY to silent sufferers of your own age who may look up to you.

It’s really about dignity Miley. All people who have suffered are entitled to dignity and stigmatisation is now a human rights issue.

So.. I’m not ‘feuding’ or fighting with you. But I am asking that you restore dignity to myself and Amanda and all sufferers. in doing so you will restore dignity on this matter to yourself. To leave people you have hurt so badly with no apology is unacceptable.

You may disagree with what I advised you in my first letter.. That is your entitlement. However the letter was written in a spirit of motherly care. You’re entitled to have told me to go fuck myself if u liked.. But to respond to it in a way that has caused so much personal harm and damage to me and to people who may struggle currently with suicidal feelings.. And to abuse Amanda Bynes .. is beyond my understanding, as is your refusal so far to apologise, along with your further calling me “crazy” today.

You’re entitled to disagree with people. But you’re not entitled to incite abuse of those perceived to be mentally ill.

I find it hard to imagine you to be an entirely uncaring girl, so I hope you will prove me right by doing all I have asked you here.

Finally I repeat .. When it’s you the media crazy.. I’ll be happy to punch their lights out for you.. Which is what they deserve. They’ve gotten away with abuse of the mentally ill for too long. This IS a human rights issue.

If the type of language used in the last week about myself and Amanda ( an innocent party) had been used about those with physical illnesses, or about gay people, or about people of different races, or those with disabilities, there would rightly be outrage. Yet there is no outrage on behalf of sufferers of mental illness or depression.

Please do the right thing. You will actually save lives by doing so. There are people who will NOT die tonight, if you are brave enough to state that there is nothing whatsoever wrong with any person seeking publicly or privately, help, in order to stay alive. And that there are no circumstances under which it is acceptable for anyone to use mental illness as a stick with which to beat people.