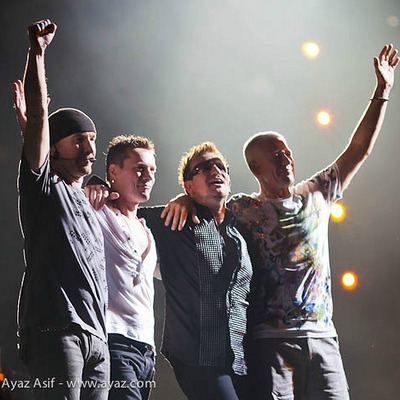 Call your folks, Bono’s coming to Thanksgiving. Well, sort of. U2′s put together a new 10″ single as part of Record Store Day’s “Back to Black Friday” event on November 29th. According to Rolling Stone, the band’s recent Nelson Mandela-inspired song “Ordinary Love” will be paired alongside a new version of No Line on the Horizon track, “Breathe”. Though, if you’re expecting to snag a copy, be prepared to leave the dinner table early Thursday night to find a cozy place in line outside your local record store — the single’s limited to just 10,000 copies.

As previously reported, the band contributed “Ordinary Love” to the forthcoming Mandela biopic, Mandela: Long Walk to Freedom, which stars Idris Elba in the titular role and hits theaters November 29th. Check out the trailer featuring “Ordinary Love” below.