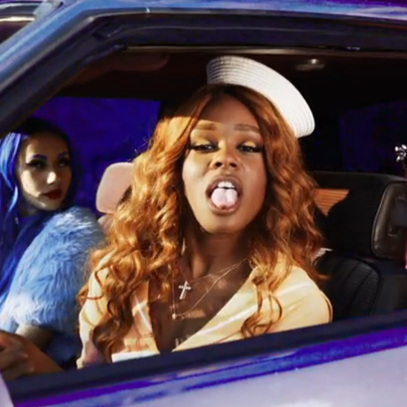 Azealia Banks and her lady friends lead a booty-shaking dance party in the new, Rony Alwin-directed video for “ATM Jam”. But instead of storming the sweaty club scene, the posse keep it casual, shaking it in a car, fancy backyard and pool. There are a few wardrobe changes here and there — with Banks even sporting a fairy getup complete with pixie dust — but what awesome sleepover doesn’t include some outfit swapping? Sadly, Azealia’s collaborator, Pharrell Williams, was not invited to the girls-only festivities and does not make an appearance. Watch it below.

“ATM Jam” is off Azealia Banks’ long-awaited debut album, Broke With Expensive Taste, due out sometime later this year.