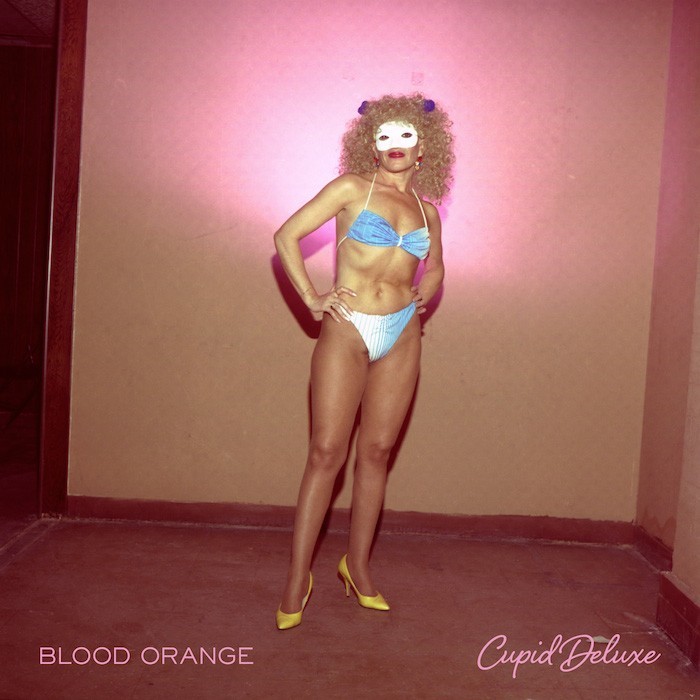 Over his career, Dev Hynes has remained on top of current music trends. In 2004, while he was living in London, he joined the laughably titled outfit Test Icicles, which churned out aggressive but fun songs in line with the dance-punk movement of the time. Later, as Lightspeed Champion, he blended indie pop with earnest folk from 2007 to 2010. Dropping that moniker, Hynes began recording music as Blood Orange, with hazy, ‘80s-inspired production and ambient, reverb-heavy guitars. In 2012, Hynes rocketed to the forefront of in-demand producers and songwriters after he co-wrote and produced breakout singles like Sky Ferreira’s “Everything Is Embarrassing” and Solange Knowles’ “Losing You”.

Queens emcee Despot is another surprise guest on the record, rapping a lush picture of a relationship, interplaying incredibly well with a prominent bass line and Hynes’ lovelorn chorus. London rapper Skepta’s verse on “Hight Street” fits into the Blood Orange world equally well. For closer “Time Will Tell”, Hynes reprises earlier track “It Is What It Is” and borrows the “come into my bedroom” refrain from Coastal Grooves cut “Champagne Coast” for a sentimental, piano-driven ending to the record.

Though the second half of Cupid Deluxe occasionally meanders and loses the immediacy of the first four songs, there are bright spots throughout. Hynes’s production is top notch, providing crisp treatments for his diverse, moody, NYC-inspired pop songs.