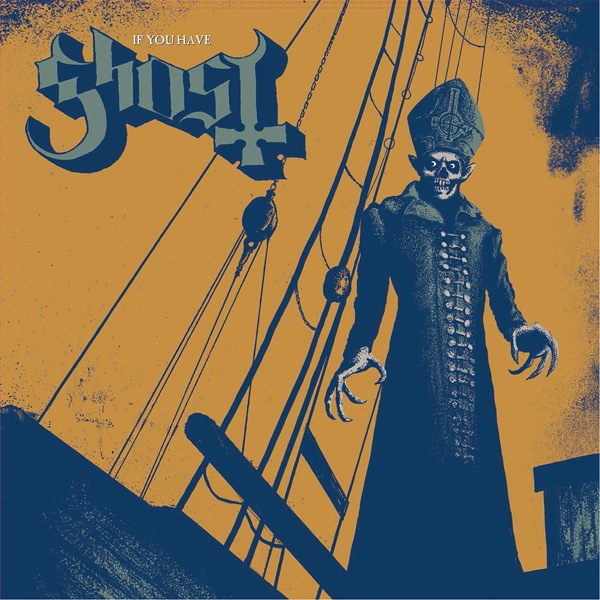 Despite their imagery tending toward the dramatic, dark, and satanist, Swedish metal outfit Ghost B.C. often sound surprisingly non-evil on record, as on this year’s Infestissumam. Sure, there are flourishes of ritualistic gloom, but there’s an approachable, radio-friendly element to the metal that papal-robed frontman Papa Emeritus II and Co. deliver, no matter how much their branding would seem to suggest something exclusively menacing and heavy. As such, their decision to release a cover of an ABBA tune on new EP If You Have Ghost is nowhere as shocking as the “Metal band takes on cheesy pop” headline would seem to suggest.

Which, it becomes more apparent with each release, is a big part of the Ghost B.C. ethos. The Ghouls somehow fuse pop and metal into a single entity that is digestible for fans of both styles. That said, the contents of If You Have Ghost vary pretty drastically in their ability to accomplish this task while still making the music itself compelling. Despite epic guitar riffs and expressive drums (courtesy of mega-star producer Dave Grohl), the chorus to ABBA’s “I’m a Marionette” lingers lifeless, and though Roky Erickson’s “If You Have Ghosts” would seem a perfect stage for dark theatrics, the classic rock turn here has next to no bite.

On the other hand, Army of Lovers’ “Crucified” digs the deepest grave on the EP, Emeritus finally dipping into non-falsetto vocals. His gravelly verses and the over-the-top theatricality suiting both their dramatic pop and arch metal elements. Their lurching cover of Depeche Mode’s “Waiting for the Night” similarly pairs sinister guitar harmonics, pearly organ, and deep black bass with instantly familiar, crystalline vocals.

Closing out the EP with a live version of Infestissumam highlight “Secular Haze” swiftly puts the mixed bag of covers into perspective. Between the midnight carnival romp opening, the frenetic guitar solo, and a dense, hissing outro, this performance clearly had more than a few heads banging. The Ghouls of Ghost B.C. are, first and foremost, putting on a show (as evidenced by the bombastic live show recorded here), and the winking song selections and dramatic musical choices of If You Have Ghost continue that grand stage performance.