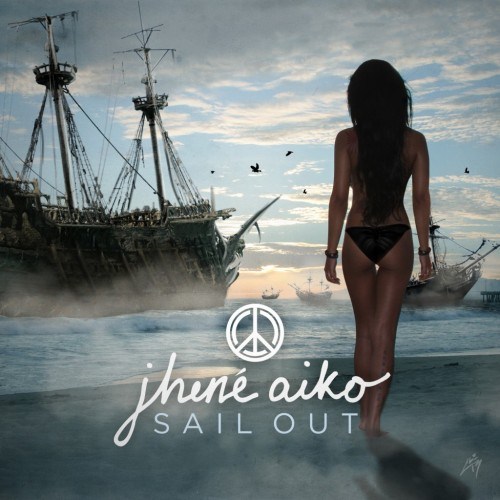 Jhene Aiko isn’t the best upcoming R&B artist, but she is one of the most accessible. Much like Kendrick Lamar (a feature on Aiko’s new album, Sail Out), her persona contrasts her actions. Lamar plays the humble, everyman who’ll paradoxically show off his world-beating rhyme skill. Aiko is similar in her reserve, as her only sign of actually being the femme fatale she’s trying to be lies in her focused gaze and arched eyebrows. That said, she doesn’t overwhelm with talent like Lamar does, her performances — like much of Sail Out — merely “just right.”

Not to discredit Aiko’s talent as a singer, but Sail Out forgoes vocal conviction for coy, soothing intimacy. The sensual singing works with a lyrical directness that’s sometime acute, sometime girlish. Aiko is simplistic about her demands on the Childish Gambino-featuring “Bed Peace”: “You show up right away/ We make love then and then we fuck/ And then you’d give me my space.” She doesn’t seek much transcendence. Later, on finale “Comfort Inn Ending (Freestyle)”, one of Sail Out’s most emotional tracks and a highlight: “And I should’ve never fucked you on a boat on your birthday/ And I never would’ve came into your house in the first place/ If I would’ve known that you would hurt me like in the worst way.” It’s not inward reflection as much as just not having found the right guy.

That matter-of-fact relatability is both her trump card and a liability. When combined with twinkling production (“The Vapors”, “Stay Ready (What A Life)”) and airy tension (“WTH”, “3:16am”), Aiko’s presence produces an easy, lived-in experience. Sail Out never quite excels, though, because those big moments are all too few. Hooks don’t stick like they’re supposed to, as on the forgettable faux-independent “The Worst”. Similarly, the guest rappers — Vince Staples, Ab-Soul, and a decent Childish Gambino — come and go without adding anything substantial. Sail Out is that unexpected encounter with an old acquaintance: it’s pleasant, but at the same time, you’re often not stressing to relive it.

Sail Out is no failure, but does give reason to worry: debut LP Souled Out is due next year, and was reportedly at 98%. If this EP is a condensed version of that 98%, hopefully there’s a lengthy, strong 2% left, because Aiko is going to need a bit more force — especially if she’s going to be the powerful solo performer she claims to be.