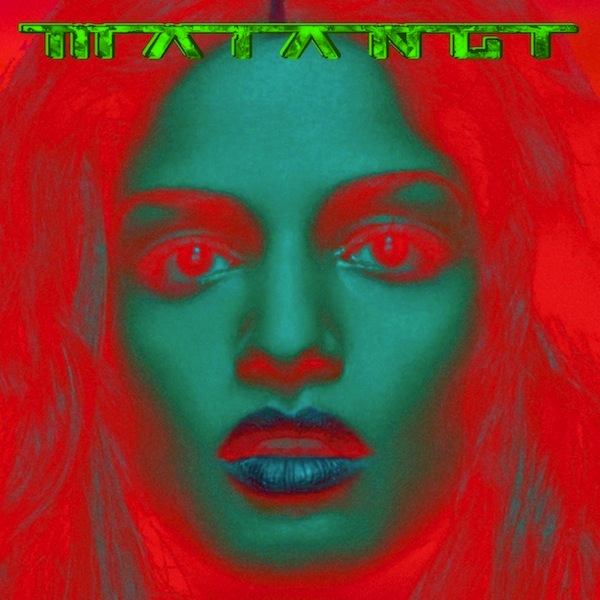 If Maya Arulpragasam were a character in a movie, she’d be accused of being too on the nose. Of being too obvious a representation of earnest but aimless anti-establishment sentiments. Of her background being written to falsely suggest authority over the topics she rails against, topics over which she seems to have only a rudimentary grasp. Of being, basically, unbelievable.

But, of course, the woman who also goes by M.I.A. is actually a real person, which lends all these moments an extra level of complexity and surreality. When she does something that just seems almost embarrassingly apropos, like throwing up a middle finger at the Super Bowl, or getting the leader of WikiLeaks to speak with one of her crowds over Skype, it initially seems ridiculously obvious. Only with later examination, it reveals itself to be what it actually probably is: brave. M.I.A. seems largely unconcerned with this particular image of her. Her opinion of those who see her as a bit of a lark likely correlates with her opinion of the NFL after they tried to sue her: “They’re scapegoating me into figuring out what the goalposts for what is offensive in America.” Applied to the opinions she puts on record or her various antics, it still basically reads the same.

The title of this record, then, M.I.A.’s fourth, is appropriate. Matangi is a Hindu figure, and while the obvious tie here is a.) that it’s an alternate spelling of M.I.A.’s full first name (Mathangi) and b.) that Matangi is considered the goddess of the spoken word and music, her appearance also said to represent “otherness,” in the most negative of senses. At its most basic, if someone were to use Matangi in reference to you, they might be acknowledging your skill with language or music, but they could also be accusing you of operating outside of accepted social parameters. In other words, they could definitely be referencing you flipping the bird during a live performance in front of almost everyone in the United States.

References to otherness crop up all across the record. On opener “Karmageddon”, the title of which smartly plays off the famously violent proto-Grand Theft Auto video game besides being an appropriate portmanteau, Arulpragasam asks, “Who do you get to with your Internet lead?” On the title track, she mentions that “we started from the bottom/ But Drake gets all the credit.” To further the Drake disses, she skewers YOLO culture all across “Y.A.L.A.”, but nowhere more succinctly than on the outro, where she simply asks, “If you only live once, why we keep doing the same shit?” But the most indicative example is “Boom Skit”, an ether on a culture she perceives to dismiss her on spurious grounds. “Brown girl, brown girl, turn your shit down/ You know America don’t wanna hear your sound,” “All I see is poor people, they should be on ghetto-gram,” and an ironic reference to Kony 2012 all pass by in under 90 seconds. We can’t stop and we don’t stop, basically. Arulpragasam’s spirit animal here is Miley Cyrus, or even Kanye West.

The latter is a fitting comparison, really. Both are defined by their otherness, for better or worse, and at least in part because of how each is a minority even within their respective minority groups. Both believe in themselves to a degree that borders (or straight becomes, in West’s case) self-obsession. But, both have used that self-obsession as a justification to fully sell their personal and musical ambitions. And, frankly, Matangi is the best M.I.A. album since at least Kala. So, if Yeezus earned an allowance for its lack of self-awareness and occasional ignorance by being a great album, Matangi earns the same allowance.

Matangi is a record that cuts close to the bone, even at its most lush. Arulpragasam’s voice is often cut to pieces and appropriated as MPC fodder, and as high as that voice sits in every mix, it creates a discomfiting feeling across the album’s sawtoothed, aggressive minimalism and the globetrotting, melting pot dance productions that found their American culture spearhead in the Diplo-produced M.I.A. tape Piracy Funds Terrorism. This mix manifests on Matangi in songs like the hectic Gatling gun ratatat of “Bring the Noize”, which amalgamates dancehall, drum and bass, trap, and Bollywood without ever including more than a handful of musical elements. It’s also present on the fantastic, now nearly two-years-old “Bad Girls”, which originally showed up on the prescient Vicki Leekx mixtape, and still sounds as vital as it did in early 2012. Or album standout “Warriors”, a schizophrenic series of left turns between Eastern melodic elements barely held together by a skeletal snare snap/bass pulse combination that tangentially recalls “A Milli”. Or the Sri Lankan Amnesiac-meets-Burial buckshot of “atTENTion”, or the title track’s trunk-rattling sub-bass and baile funk rhythmic swing.

The record’s lushest moments come when the tempo slows, as on the radio-ready “Come Walk With Me”, an olive branch to Arulpragasam’s myriad haters. The track marries her globalized musical perspective to a classic pop vocal, swerves into a galloping dance rhythm, and then merges them into an anthem that concludes: “I’m gonna still fux with you.” On the back half of the album, “Double Bubble Trouble” is almost certainly a Major Lazer track, marrying reggae, dancehall, drag’s codeine vocals, and southern hip-hop.

The lush tracks also include in their number the record’s most head-scratching moments, the two collaborations with the Weeknd, tracks which are titled “Exodus” and (of fucking course, Abel) “Sexodus”. The two tracks, which strike the most surface level balance between the aesthetics of these two artists, are actually almost exactly the same, with the only differences coming in the general mix and mastering of both tracks, and switching the word “exodus” for “sexodus.” Why? What does that mean? How would the lyrics of each make sense when applied to both an “exodus” and a “sexodus?” If you’re going to use the same lyrics, why use the same music? At least when Radiohead recycled “Morning Bell” for both Kid A and Amnesiac, the two tracks were performed differently — and spread across two separate albums. The inclusion of both of these tracks here is mystifying. But maybe it’s the ultimate Matangi moment: a thumb bitten in the direction of everyone, even listeners.

The manner in which M.I.A. tries to keep one hand in American rap tropes — snapping out lines about how she’s “back by dope demand” or the “top dog even though [she] speak no English” — and the other in the realms of political and social justice is what often puts her up against the border of crass. But, what Matangi suggests across its length is, firstly, that Maya Arulpragasam has no interest in acknowledging or kowtowing to that particular difficulty, and also that she revels in being considered something outside what’s accepted. It may engender some more snarky tweets from a particular old boyfriend, but Matangi is powerful enough in its abrasive freneticism that it renders those particular qualms irrelevant.