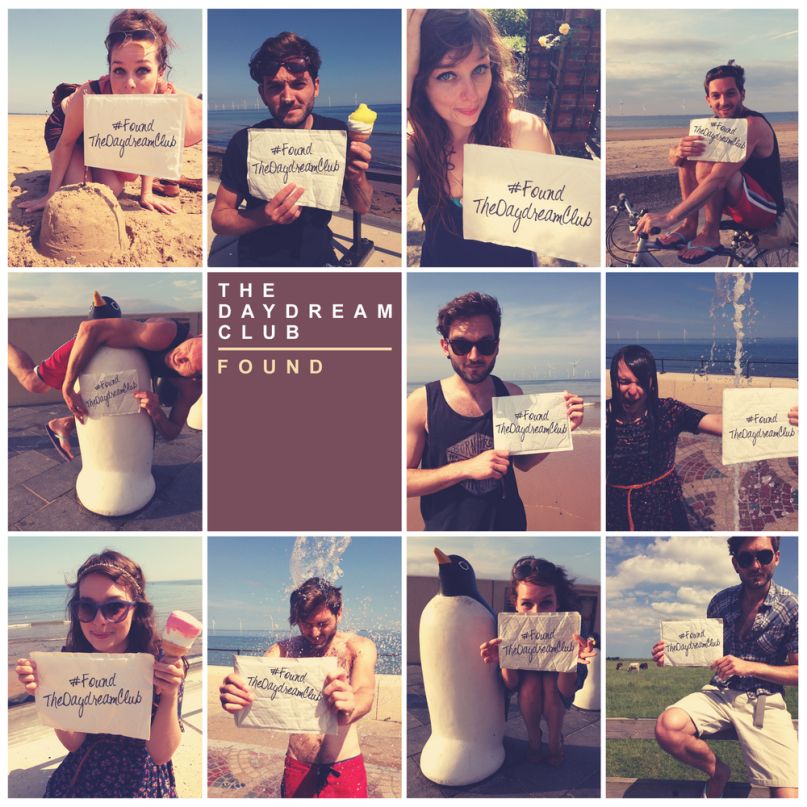 Dubbed “the English Civil Wars” in some quarters, The Daydream Club open their new fan-funded EP, Found, with hollow, resonant guitar and brisk percussion that reinforce that comparison. What the duo of Adam Pickering and Paula Walker share with their U.S. counterpoint is a rare ability to produce near-telepathic harmonies. Musically, though, there is enough divergence to allow ample stage space for both acts. The opening title track here moves on from the lost dreams and missed goals dissected on the act’s 2010 debut, Overgrown, still raising self-doubt, but able to find positive resolution: “If I am strong and I am proud, then I am found.”

In addition to acting as singer, guitarist, and occasional drummer, Pickering employs a host of extra instruments to add bright hues to this five-song set, while crystalline vocalist Paula Walker adds glockenspiel, percussion, and more drums to the mix. Yet simplicity is at their core, and the arrangements never swamp the intrinsic beauty of the songs. While less stripped-down than the duo’s earlier work, the material is strong enough to hold up in either dense atmospheres or pared down to two voices, a single acoustic guitar, and light percussion. The duo’s voices melt into one in waves that Simon & Garfunkel once ruled, especially on songs like the enigmatic madrigal-meets-waltz “Sound Waves of Gold”.

An accordion drone heralds a delicate, courtly guitar melody on the intimate “Remember Me”, the song conveying in just four lines how the pain of losing a loved one can be supplanted by the joy of memories: “Hear in the wind/ Whispers of us my friend/ Echoes of what used to be/ Remember me.” The collection meanders through subtle mood shifts, from self-analysis to conquering fear in the intricate “Fear of Wolves”. Closer “Little Face” comes close to matching the intimacy of “Remember Me”, softly rising and falling, with percussion building drama until the song dissolves into a compelling mantra. The Daydream Club can best be described as timeless on Found, the deep-seated emotionality and stirring arrangements the formula of a band that truly deserves to be found themselves.