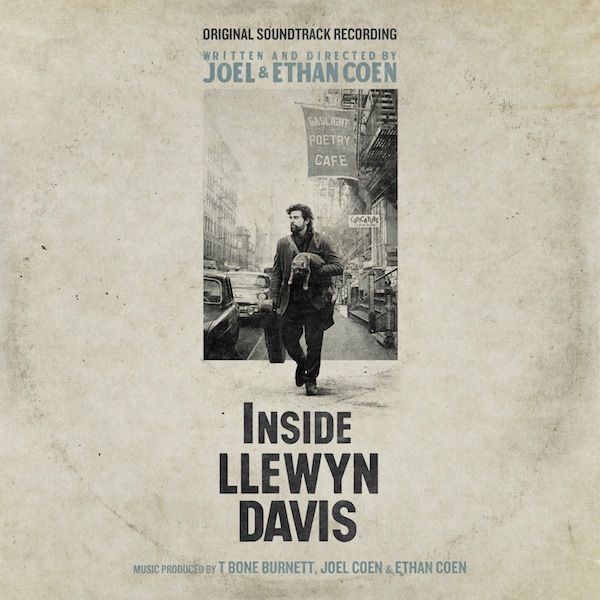 Following an embattled young folksinger in 1961 Greenwich Village, Inside Llewyn Davis, the Coen brothers’ latest film, opened at Cannes in May to exuberantly positive reviews. Its original soundtrack, manned by the production-god T Bone Burnett, brings together traditional folk songs performed by the film’s stars (Oscar Isaac, Carey Mulligan, Justin Timberlake, et al) and under-circulated versions of classics from actual Greenwich-developed idols (Bob Dylan and the late Dave Van Ronk). As such, it’s a look at both the ‘60s folk revival’s humble-but-stern values and where the scene might have gone if it had been branded further than it actually was.

In one category are the songs that are mostly convincing, in the sense that they sound like real Kennedy-era ramblers. Particularly effective are Isaac’s renditions, like “Hang Me, Oh Hang Me”, on which the 33-year-old adopts a mournful tone. It’s one of a handful of songs here about saying goodbye, upon either death or geographical relocation, and it borders on harrowing even though it was originally written to communicate resignation. A song like The Downhill Strugglers and John Cohen’s take on “The Roving Gambler”, meanwhile, works as much for its rollicking but grainy banjo as its strained vocals – two elements reflecting the unvarnished approach favored by the Village’s performers.

Also included are the songs that, more or less, hold the folk-averse listener’s hand. Few folksingers of any past era were lucky enough to have the groomed arrangements and vocal purity here. Even with their sparse instrumentation, “Five Hundred Miles” (performed by Timberlake, Mulligan, and the Tony-nominated actor Stark Sands) and “The Last Thing on My Mind” (by Sands)  almost pass for soft pop songs. Luckily, they also mirror the aesthetic the Coens, well-budgeted directors who began as indie types, have grown into. This soundtrack may be Hollywood-ized, but it’s also spirited in its reflection of America’s past 50 years.