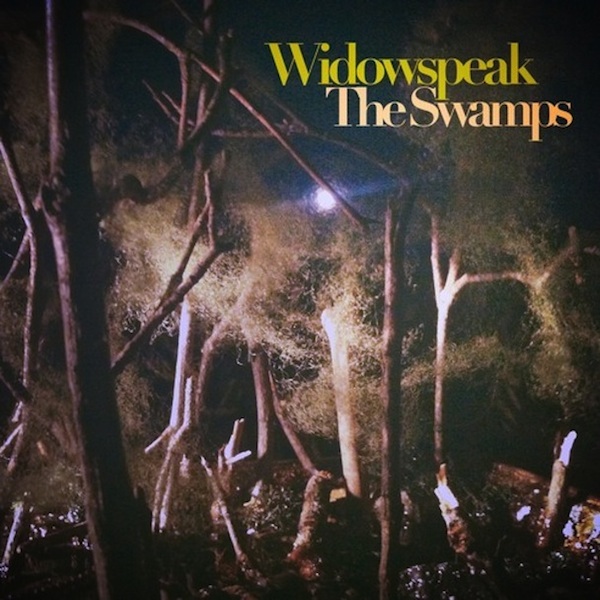 The debate over lo-fi recording techniques has raged for years now; it’s near impossible to tell when it’s being used out of necessity, or as some sort of claim at indie authenticity or as an aesthetic choice. Whatever the reason may be, it’s gotten to the point of saturation. In fact, a friend of mine recently stated that “reverb has become the hipster’s auto-tune.” At what point does a record’s production aesthetic become the art? At what point does the garnish become the meal? Are we just sucking down ketchup packets and calling it a cheesebuger? Brooklyn’s Widowspeak began as a bedroom project captured on a laptop mic, but the group has come a long way since the salad days of The October Tape, as evidenced by their new EP, The Swamps, which utilizes that lo-fi aesthetic rather than simply being lo-fi.

Both of Widowspeak’s albums have focused on providing vocalist Molly Hamilton’s whispered fragile coos and airy croons an environment in which to shine, relishing hazy effects and lo-fi production. However, with sophomore LP Almanac, the band appeared to wander off into its own ether, offering little in the way of progress or engaging songwriting. The Swamps EP has been described as a link back to the band’s earlier efforts, the haze a part of the equation rather than the focus.

This shift in method bodes well for Widowspeak’s future — a statement that promises at least an attempt at the progress missing on their last album. The EP’s six tracks waft through speakers like the haze that envelopes South Florida during the controlled burns of the Everglades each fall. Lush, vintage psychedelia returns Widowspeak to a more intriguing place, the songs retaining the band’s charming, languid movements and dreamy textures, alluring melodies calling out from within the steam. Though not a concept album per se, the record truly evokes a sense of traveling through the swamps, Hamilton’s voice the disembodied call of a distant siren on tracks like lead single “True Believer”, and subtle details like the tremolo warble of the guitar or tribal percussion on “Smoke and Mirrors”. The too-brief EP succeeds on the fusion of those elements, Widowspeak continuing to develop their lo-fi aesthetics, while further detailing the songs that the aesthetic that works in the songs’ service.