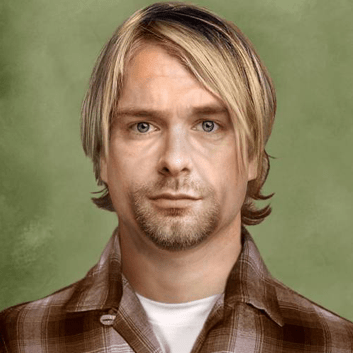 Back in college, a group of my friends used to hit up this cheap burrito chain called Moe’s Southwestern Grill, where the owners would placate the walls with crummy portraits of dead rock stars, even going so far as to pair them with cheesy catchphrases all inspired by their lyrics (i.e. “Give beans a chance” for John Lennon). We used to always wonder how they’d react to these weird homages if they were alive, which would eventually spawn into the age-old discussion: What would they even look like alive today?

Graphic designers at Sachs Media Group and Phojoe recently answered that question by turning what’s been a drunken discussion into a slight reality. Using advanced software and techniques, they manipulated old photos and aged each one how many years after their death to today’s date. The end result is both hilarious and oddly jarring — especially for fans of Jim Morrison. Catch them all below and read the insights behind each portrait here.

In the meantime, I need to see if any of my pals work for those companies.