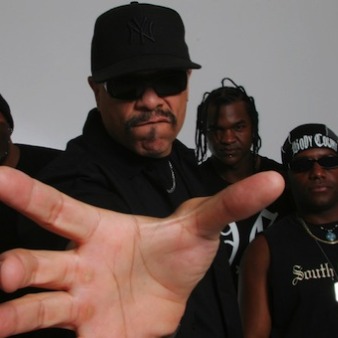 If the prospect of future seasons of Law and Order: SVU isn’t quite appealing enough, there’s more to look forward to from Ice-T in 2014. Following their reunion show at Fun Fun Fun Fest over the weekend, Ice-T and his thrash metal outfit Body Count announced the release of a new album, Manslaughter, due out next year. “We called last night the ‘TEXAS CHAINSAW MASSACRE’,” Ice-T wrote on Twitter. “We’re BACK! The new BC album 2014.” Plans for the album were originally announced last December following the group’s singing with Sumerian Records.

After his work in pioneering gangsta rap alongside N.W.A. and Tupac, Ice-T formed Body Count in 1990, surprising many in the industry by fronting one of the few all-black hard rock groups. Between 1992 and 2006, the outfit toured frequently and released three albums of Sabbath-inspired metal featuring the same darkly violent, anti-authority messages Ice built his rap career on. After disbanding due to personnel issues and to accommodate Ice-T’s increasing acting schedule, the band reunited in 2009, and since then have played a number of festivals. Of the current line-up, only Ice-T and lead guitarist Ernie C are the original remaining members.

Despite Ice-T’s claims of their pure metal heritage, the group is often cited as the inspiration for rap-rock outfits like Linkin Park, Korn, and Limp Bizkit. The group’s most well known for its 1992 single, “Cop Killer”, which came under fire from then-President George H.W. Bush and the Parents Music Resource Center for its hyper-violent protests against policy brutality. Replay it below.