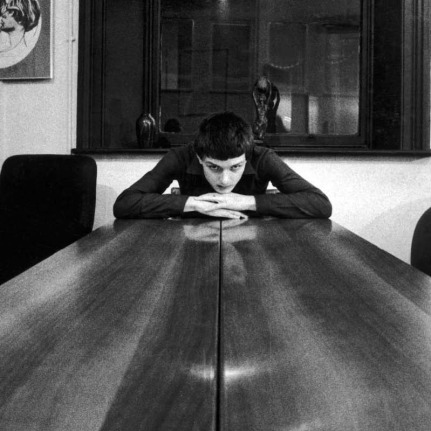 As we reported last week, the kitchen table once owned by Joy Division singer Ian Curtis has been up for sale on eBay. With the auction set to end today (the current bid is £8,200.00), Curtis’ former bandmates and family members have come out to voice their disapproval, as Pitchfork points out.

Bernard Sumner and Stephen Morris said in a statement to NME:

Joy Division original members Bernard Sumner and Stephen Morris would like to lend their voice of support to [Ian’s widow] Deborah and [Ian’s daughter] Natalie Curtis, who have been caused great distress over media reporting of the sale of the table originally owned by the family, and currently being auctioned on eBay…

Deborah and Natalie would like to point out that the sale of this table has nothing whatsoever to do with them. The table was sold along with the house in 1980 and Natalie has never signed any authentication document. Furthermore, they consider the sale of a personal family item, and the subsequent media reporting, to be distasteful and upsetting.

NME also spoke to the seller of the table, Tel Harrop, who said he does have emails from Deborah and Natalie Curtis regarding the table, though he acknowledged “the emails weren’t sent for the express purpose to authenticate the table’s sale as a piece of memorabilia.”

A longtime collector of Joy Division memorabilia, Harrop told NME he didn’t realize he possessed Curtis’ table until watching the biopic Control. He disputed claims that Curtis’ used the table in his 1980 suicide, adding, ‘Where is this coming from?’ You realize why a lot of people don’t trust the press.”

“I can’t turn the table on the table story,”Harrop continued. “I’m upset the way its gone but I didn’t put it on for the money, I just did it for good intentions. I want the sale to end now because it’s all got out of hand. At the end of this it might not even sell – with 10 minutes to go there might be a bunch of retracted bids and I may end up with it.”