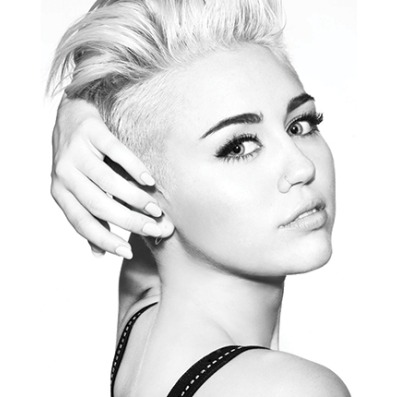 For entirely different reasons, Miley Cyrus and Lana Del Rey are the two most controversial pop singers working today. The former’s known for her sudden flourish as a pop music wild child, hanging out with rappers and massive teddy bears while wagging her tongue (and rear-end) at any authority figures. The latter fancies herself as a throwback of sorts, representing a bygone area of pop music class amid questions of general authenticity. Today, both worlds come a little closer as Cyrus covers Del Rey’s smash hit “Summertime Sadness” during a recent BBC Radio 1 Live Lounge session.

While it’s surprising to see Cyrus in a turtleneck and not, say, rocking a steel wrecking ball, her cover is nonetheless beguiling. Gone is the original’s haze of dub and bass and the Nancy Sinatra undertones. In their place is the stark minimalism of a pseudo-folky cover, complete with light piano, jagged acoustic guitar, lush backing harmonies, and stand-up bass. Though Miley’s spent much of the year either “rapping” or belting, she opts for a low, husky whisper, managing to maintain some of Del Rey’s pomp while emphasizing more of the track’s inherent intimacy. Watch the replay below.

Update: In other Miley news, Sky Ferreira and Icona Pop have been confirmed as openers for her upcoming Bangerz tour.