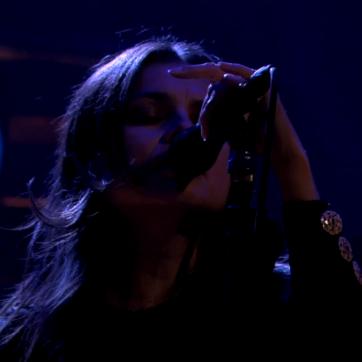 In September, California dream-pop veterans Mazzy Star released Seasons of Your Day, their first album in over 17 years. Earlier this month, they kicked off their US tour in support of the record, their first national jaunt in just as long. And last night, the band made their way to the land of late-night TV for their first time since 1994 with an appearance on Late Night With Jimmy Fallon, where they performed “California”. Watch the replay below.

Here’s what it looked like the last time they performed on late night: