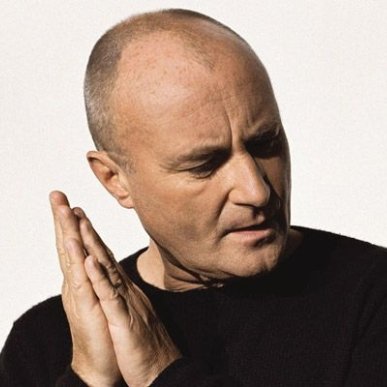 It’s been almost four years since Phil Collins announced his retirement from music after severely injuring his spine. But now, music’s greatest replacement singer is eyeing a comeback, possibly even a reunion with Genesis.

According to the Guardian, Collins recently told German newspaper Bild am Sonntag that he’s “thinking about” a return to music. “I have started thinking about doing new stuff. [Maybe playing] some shows again, even with Genesis. Everything is possible. We could tour in Australia and South America. We haven’t been there yet.”

Collins last performed with Genesis in 2007. He explained to Bild am Sonntag that his sons have inspired him to return to the stage, as they want to see him play live.

Below, watch footage of Genesis performing in Montreal in 2007.

Previous Story
Amazon is selling Kanye West’s Yeezus and a bunch of other albums for $1.99
Next Story
The Walkmen are going on “extreme hiatus”
Popular
More Stories
[fu-upload-form form_layout="media" title="Submit Your Photo"][input type="hidden" name="ugc" value="1"][/fu-upload-form]