Playlist + Video: Those Darlins’ “In the Wilderness” 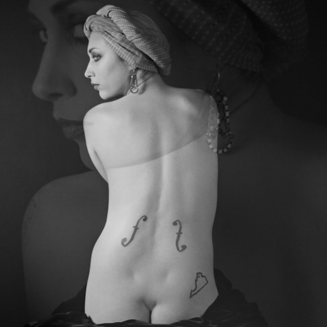 Nashville garage rockers Those Darlins have assembled a double dose of dreamy treats today. First up is an exclusive video for Blur The Line single, “In the Wilderness”, which should no doubt satiate all the costumed spirits angry that Halloween is over. Directed by Veta and Theo of Ovvio Arte, the four-minute, black and white clip echoes the likes of Robert Wiene and Fritz Lang, only with a tender flair for cabaret.

To accompany the video, guitarist and singer Nikki Kvarnes assembled a dreamy pre-holiday playlist that gathers everyone from Suicide to Roy Orbison, Fleetwood Mac to The Fresh & Onlys. We’re pretty sure this is what David Lynch plays while he’s soaking up on eggnog come Yuletide. And hey, he’s on the playlist, too.

“Our playlist has a dream theme that also relates to our song ‘In the Wilderness’, which was written when I was trying to make sense of the relationships I had been in. It’s about my frustrations with the relationships between men and women and the dreams we build around each other. Under these veils of sleep we find pleasures, illusions and horrific labyrinths in ourselves and lovers exposing our true nature bare. Here’s a play list of some songs that I love that share the same fantasies and nightmares. So close your eyes, relax and fall deep into these dreams.”

Currently, the band’s out supporting Blur The Line with a nationwide tour that’ll take them well into 2014. Consult the dates here. You’ll want to catch ’em, too, as they’ll be selling a 7″ vinyl single of “In the Wilderness” which comes backed with the album’s secret title track.