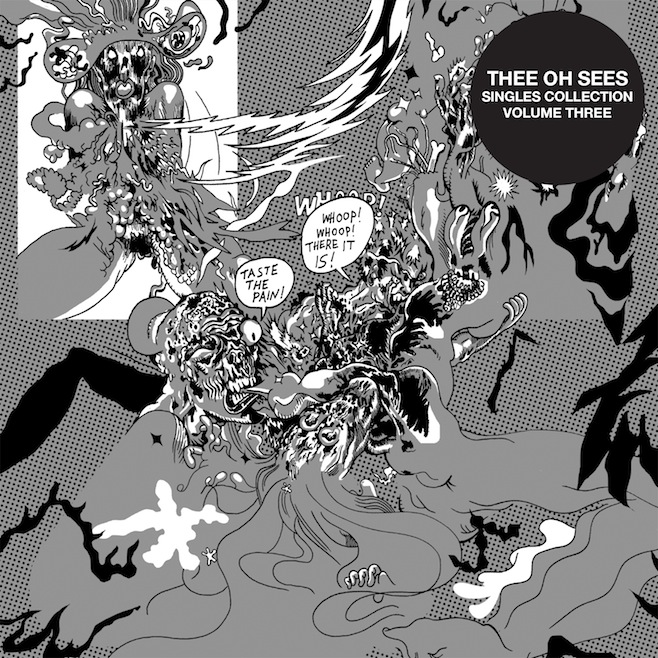 Over the last 16 years, Bay Area garage rockers Thee Oh Sees have built up quite the sizable discography, including some 12 full-lengths, dozens of singles and EPs, and countless more contributions to various compilations. In fact, they’ve got such an active release schedule, tracks regularly fall to the wayside, which is why frontman John Dwyer and Co. started up the Singles Collection series. Volumes one and two debuted last August and featured over 72 minutes of rare demos and various 7-inch and 12-inch singles.

Now, the band offers up even more hard-to-find tracks with volume three, due out November 26th via Dwyer’s own Castle Face Records imprint. Before you pick up your copy, the collection is streaming exclusively below.

This latest offering features 10 tracks culled from the last several years of non-album releases, with particular emphasis on 2011. “What You Need” was originally released on one of Castle Face Records’ books of flexi discs. There are also two tracks from split 7-inch singles with Ty Segall (“Crushed Grass”) and the Mallard (“Wait, Let’s Go”). Meanwhile, “Devil Again” was the band’s contribution to this past May’s Garage Swim compilation, and the “unreleased and mutated” version of “Block of Ice” was recorded live at New York’s Death By Audio venue.

While many of these tracks have received rare pressings in the past, their presence does more than help round out collections of the most avid and insane collectors: it further demonstrates just how monumental the band truly is, continually pushing the boundaries of psych and garage to develop not only a sizable back catalog but to build up and diversify an entire community.

Pre-orders for the album are ongoing, and comes available in three different color combinations: half Pepto pink and half Coke bottle green; grape soda and French vanilla; and electric blue with a strawberry haze. The CD version includes an exclusive live recording of “Destroyed Fortress”/”No Spell”.