The Walkmen are going on “extreme hiatus” 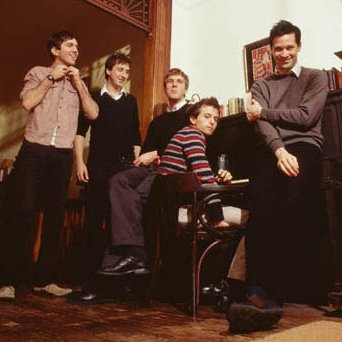 The Walkmen have a pair of upcoming shows scheduled in Washington, DC and Philadelphia — and by the looks of it, it’ll be your last chance to see the renowned indie-rockers for the foreseeable future.

In a new interview with The Washington Post, bassist Peter Bauer revealed the band “have no future plans whatsoever,” adding, “I’d call it a pretty extreme hiatus.”

Bauer explained that the band has no desire to record a new album, and also noted changing band dynamics.

“We really just have no idea,” Bauer said. “I don’t think any of us wanted to write another Walkmen record. Maybe that will change down the line, maybe it won’t, maybe we’ll play shows. I think it’s weird to make a hubbub about something if there’s nothing to really make a hubbub about. At the same time, I don’t think we’ve been a gang properly for a long time, so there’s not much to break up, I guess.”

“When we play shows it’s a really fun time seeing old friends,” Bauer continued. “It’s not the archetypal rock band where everyone lives in an apartment. We all live in different cities and we call each other occasionally. It’s like going to Thanksgiving.”

He then concluded, “It’s been almost 14 years now. I think that’s enough, you know?”

Members of The Walkmen do, however, plan to continue making music solo. Frontman Hamilton Leithauser is recording a solo LP with help from members of The Shins, Fleet Foxes, and Vampire Weekend, while Bauer and multi-instrumentalist Walter Martin are also going at it solo.