Watch: Action Bronson’s video for “Amadu Diablo” is the best Unplugged episode ever 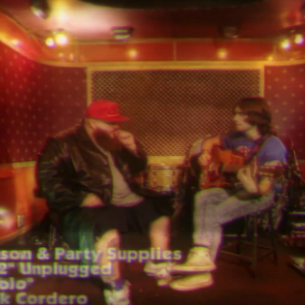 Action Bronson and Party Supplies have released the video for their Blue Chips 2 standout, “Amadu Diablo”. While the LP’s trailer saw Bronsolino outed as the mastermind behind the 1995 NBA playoffs, he and director Rik Cordero now focus on another ’90s mainstay by re-appropriating MTV’s Unplugged. Complete with fuzzy graphics like we’re watching a bootleg VCR tape, the video is akin to some amazing lost episode, with the duo ignoring most of the actual track in order to smoke a little herb and deliver a rather, um, inspired rendition of Tracy Chapman’s “Give Me One Reason”. Watch it below (via Complex.com).

Blue Chips 2 is out and available now for free download. Snag it here.