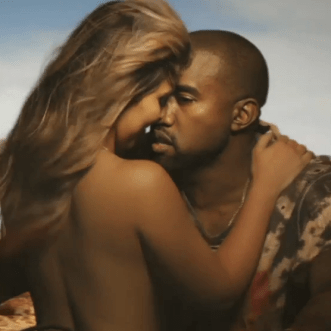 Kanye West has shared the video for “Bound 2”, the latest single released in support of Yeezus. Directed by fashion photographer Nick Knight, it’s a cinematic art piece which sees Kanye and his fiancée Kim Kardashian cruising on a motorcycle through Monument Valley. Chances are you’re either going to love it or hate it — there’s no in between.

The video was premiered on Tuesday’s episode of The Ellen DeGeneres Show, where Kanye appeared as a guest. The corresponding interview covered a variety of topics, including the “Bound 2” video, his creative agency DONDA, his relationship with Kardashian, his baby, and more. Watch clips below.