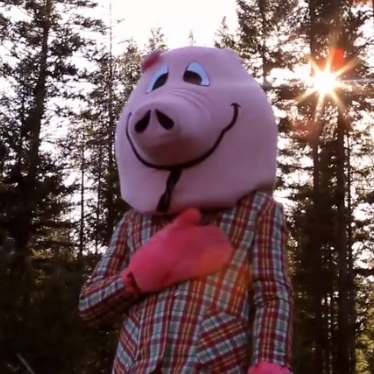 Today, Cold War Kids have revealed the music video for “Pine St.”, one of the two new songs appearing on the band’s recently released Tuxedos EP. Here, the minimalist yet beautifully melancholic number soundtracks a modest but telling set of visuals. Directed by Tim Cahill, the video follows a cold and lonely (and likely out of place) half man/half pig creature as he wanders around a deserted forest searching for warmth. It’s both odd and oddly moving, especially when frontman Nathan Willett’s crisp vocals cut through the silence and sparse scenery, ringing out mournfully, “I could never show you the inside of my home.” Watch it below.

Both Tuxedos and their latest LP, Dear Miss Lonelyhearts, are out now via Downtown Records.