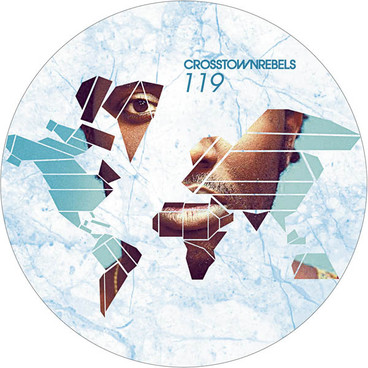 Led by London’s Damian Lazarus, Crosstown Rebels is slicing through the uproarious energy of trending electro house standards to resurrect the much more groove-based classic house. Having already recruited the likes of Toronto’s Art Department and fellow Brits Totally Enormous Extinct Dinosaurs, Lazarus and his seasoned tribe are in demand talent among their underground brethren. That’s a notion that helped cement a formidable partnership between the label and Bloc Party frontman Kele Okereke, who, with the listless alt dance four-piece on another hiatus, is exploring a long-held appreciation for classic house. A true passion project for an established label base, the four-track Heartbreaker EP isn’t bending any genre lines between Okereke’s many realms or offering the Bloc Party faithful artistic teasers during the band’s break; this is dancefloor fodder in one of its most understated forms.

While his label mates have put in time club-testing tracks and working out signatures, Okereke has yet to develop his own production fingerprint. Featuring gospel singer Darryl Rich, “God Has A Way” demonstrates Okereke’s knowledge of soulful Chicago house. But, like final exams, proficiency in the various elements doesn’t equate to personal mastery. “Get Up” shares the struggle. After a leisurely 2:40 build, a distant male vocal faintly coaxes, as the title hints, for people to get up. That snippet may eventually evolve into a live staple, but without character-building production nuances or melodic shifts, the track incites very little bedlam.

Whereas Okereke’s fellow Crosstown Rebels utilize these nuances to convey an emotive message to their audiences, Okereke continues to rely on the spoken work. Alone, Okereke’s instrumentals run stale when pushing seven minutes. However, on “Heartbreaker”, Okereke contours his UK garage stabs and muffled bass beats around guest vocalist Bobby Gordon’s lyrical anguish, and together the duo create a track that embodies both the pain of sorrow and the joy of the rebound.

Heartbreaker serves as both artistic growth for Okereke and springboard for subsequent house converts. While Crosstown Rebels have supported Okereke in establishing a base for his new tunes, the producer is introducing a portion of his devotees to a group of talent of which they might otherwise have been unaware.