Magik Markers – Surrender to the Fantasy 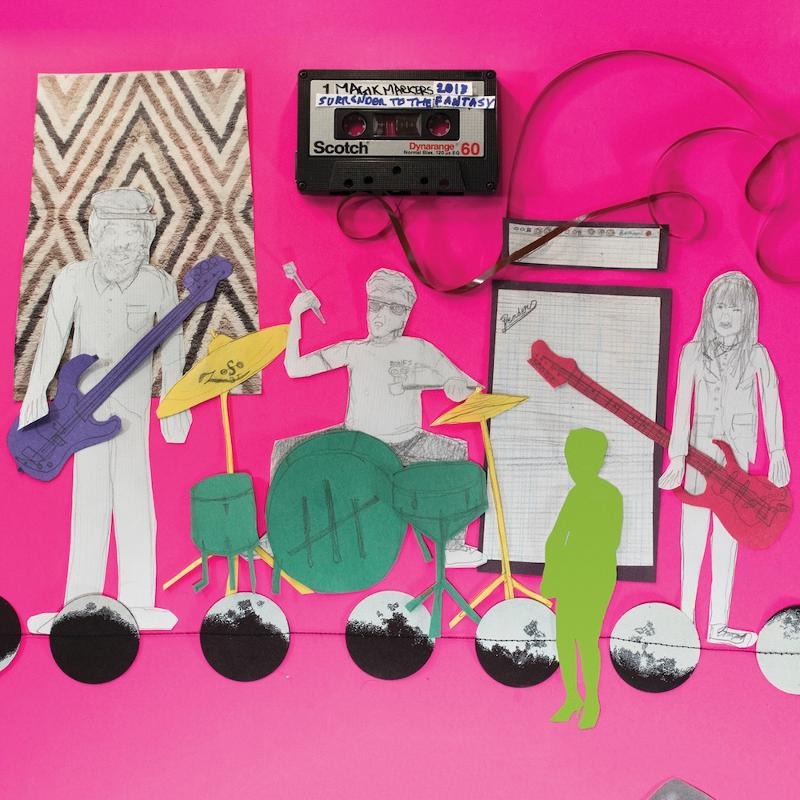 Magik Markers have come a long way from the nearly formless noise of their recent past. In a video from a 2005 show at the Flywheel in Easthampton, MA, vocalist/guitarist Elisa Ambrogio discussed her approach to guitar: “[I hear] you know, ‘It might as well be a dick in your hands, you’re jerking it off.’ And, so I was like, what if you played guitar the way a girl jerks off?” The video then smash cuts to a near unintelligible explosion of drums and feedback, Ambrogio on the ground, smashing a microphone into her guitar. Since 2007’s Boss, though, those masturbatory noise eruptions have been supplanted in part by more approachable songs. On Magik Markers’ latest, Surrender to the Fantasy, the rough edges are further sanded down, the songs revealing interest in a diverse set of genre signposts.

For a band that made its hay by relentlessly pushing noise, a song like the sweetly psychedelic “Mirrorless” is a bold move. The track’s lilting guitar loop and phasing percussion is reminiscent of the trippy Americana of Jackie-O Motherfucker, with Ambrogio’s vocals feathered in reverb. The quick burst of burnout surf on “Bonfire” similarly defies the antagonism that often seemed to propel the Markers, as a burst of feedback quickly gives way to a lo-fi romp.

The grimy drone of “American Sphinx Face” draws from a more familiar well of inspiration: Sonic Youth by way of Velvet Underground. Newcomer John Shaw’s simple, mantric bass grounds things while Ambrogio unrolls impressionistic takes on America’s mythic darkness. “History can only judge what it sees/ The rich have the cash to stay clean/ I’m American, like the dream,” she drops offhandedly, Pete Nolan thudding away at his kit. This proven, hardscrabble territory, though, is immediately followed by the sedate, beguiling “Young”, where Ambrogio’s vocals fit in just as nicely amongst a dreamy fade of light piano and viola.

The open-ended, charred squish of “WT” closes the album with an anti-climactic sigh. Ambrogio’s repeated admonitions of “Hey, white trash” and a fade-out on a feedback-laced guitar solo come off as lightly combative, but with half the bite their past aggression held. A Magik Markers album in which the most directly hostile, challenging track is its least effective definitely marks a new chapter in their continued evolution.