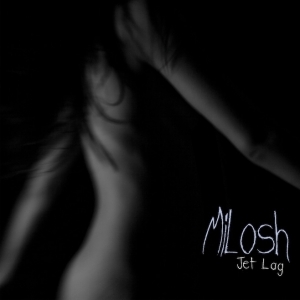 Ever since Mike Milosh tangled heartstrings with his soulmate, actress Alexa Nikolas, he has uncovered new beauty in the world around him. His ever-growing love made mornings brighter, nights warmer, and sex… well, sexier. As a product, his creative efforts have been geared to admire that, whether he’s snapping photos of his wife or spelling out their encounters lyrically. Jetlag is an imitate collection of love notes passed between the lovestruck couple that’s admirable and heartfelt, though far too hidden at times.

For many, Rhye’s Woman served as a perfect introduction to Milosh’s gentle croon and openly-sexual confessionals, two components he recalls on his solo return with increasing maturity and comfort. “Hold Me” crafts a perfect atmosphere for star-crossed lovers, while “Slow Down” navigates through the hectic adrenaline rush of love falling apart. Yet, where Woman felt more danceable and positive, Jetlag comes off secluded and intuitive, which wouldn’t be a problem if he didn’t cut his talents short.

As he proved earlier this year, Milosh’s voice gels best over open minimalism, which allows him to capitalize on vocal harmonies and swoon-worthy humming with memorable depth. He attempts to achieve that on his own here, but his hazy production clouds his voice — inarguably his strongest tool. There’s also too much going on, which confuses the lyrics and vocal exploration. In a twist, his production could take a note from his fears of space and loss.

Look underneath your bed and pull out those folded-up exchanges between you and someone you love/loved. You will rediscover the confusion, natural addiction, and optimism loaded in every stroke and signature. There isn’t enough songwriting that admires love with such undying attention. Milosh successfully captures such a feeling with Jetlag, but it’s at the cost of his true talents.

Essential Tracks: “Slow Down”, “Hold Me”