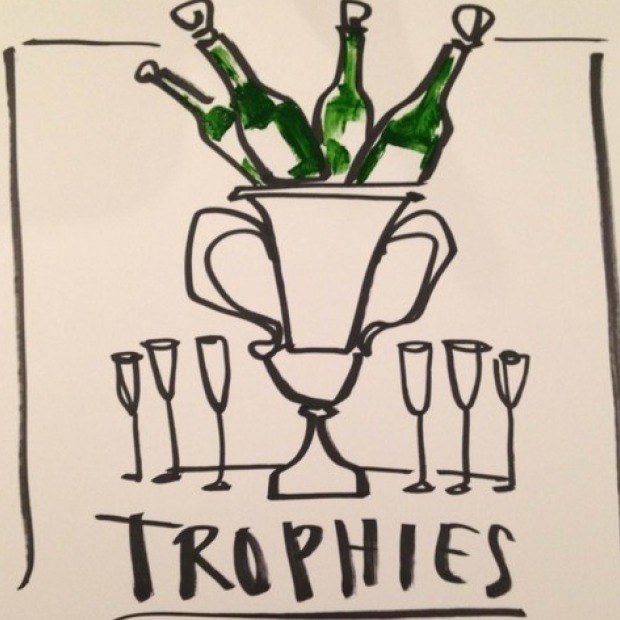 After months of teasing, Drake has finally revealed his new song “Trophies”. The track was first previewed in a trailer for his latest album, Nothing Was the Same, and was debuted live during his “Would You Like a Tour?” stop in Brooklyn back in October.

Produced by Hit-Boy, “Trophies” is a bombastic, swaggering number chock-full of bona fide grit and brass. If Drizzy was a soft and cuddly romantic in “Hold On, We’re Going Home”, here, he’s a thirsty, YOLO warrior. “Man, this shit is not a love song,” he straight-up spits during the booming chorus. “This is a fuck a stripper on a mink rug song/ This is a fuck them boys forever, hold a grudge song/ Pop some fuckin’ champagne in the tub song/ Nigga, ‘just because’ song.” Listen in below.

“Trophies” follows Drake’s remix of Soulja Boy’s “We Made It”, which he released early Saturday morning. As Drake promised last month, he’s expected to drop another two or three songs, one of which is presumably a remix of “Wu-Tang Forever” featuring members of Wu-Tang.