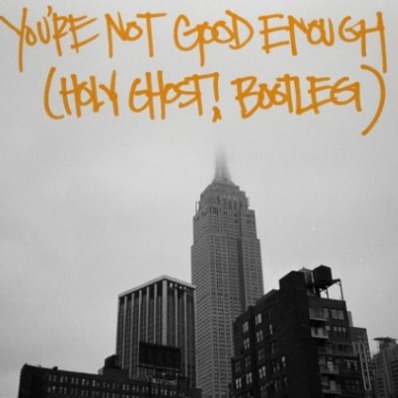 When New York’s Holy Ghost! covered Drake’s “Hold On, We’re Going Home” a few months back, they completely overhauled it from a sensuous R&B ballad into a nu-disco anthem. Now, they’ve taken similar liberties with their “bootleg remix” of Blood Orange’s “You’re Not Good Enough”. While not as drastic of an aural shift, the duo has clearly left its mark on the Cupid Deluxe single, transforming it from a lusty slow jam into a high-energy club track with little more than amped-up bass and chunky synths. Listen in below.

No doubt the pair will include the remix during their upcoming DJ tour, which spans January and February. Consult their full schedule below.