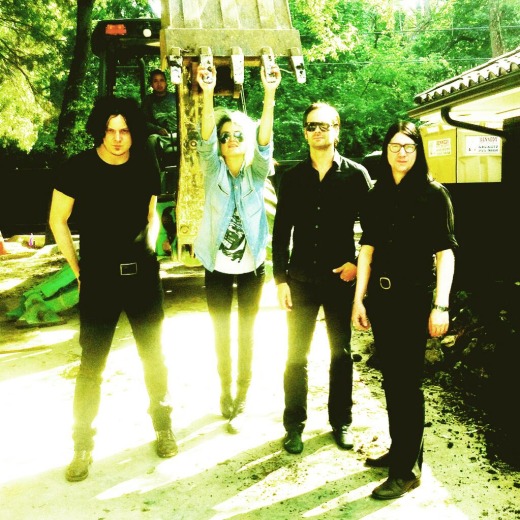 As previously reported, Jack White has reconvened with The Dead Weather and will release a series of new singles leading up to a new album in 2015.

Kicking things off is a blistering track entitled “Open Up (That’s Enough)”, which feels about two months late, if only for its macabre demeanor, a spectre wearing leather amidst a Tennessee graveyard. “I look into the space that your faith might believe in,” Alison Mosshart seethes. Spooky stuff. Then again, there’s always room for a little nightmare before Christmas. Listen to the song below.

“Open Up (That’s Enough)” b/w “Rough Detective” were first released on 7-inch vinyl as part of the latest installment of Third Man’s Vault subscription series. The single come pressed on striking yellow jacket vinyl and coupled with a custom glue-pocket picture sleeve. The songs will be available digitally, but not until Vault packages have been dispatched to subscribers. As Third Man explains, “It’s a unique long-term plan for new music from this incendiary group… The goal is that physical copies are out there first.”