Lost in L.A.: Albert Hammond and Randy Newman Dissect The City of Angels 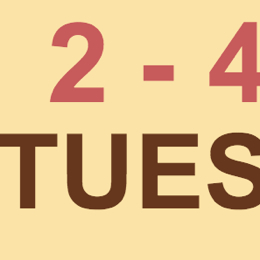 Welcome to Two for Tuesday, an ongoing bi-weekly series where Consequence of Sound’s Henry Hauser will take two “unlikely pairs” in music and compare, contrast, juxtapose, and evaluate the commonalities between both parties. Last time, he looked at the cougars featured in songs from Rod Stewart and Simon & Garfunkel, and this week he analyzes the ways in which Los Angeles inspired Albert Hammond and Randy Newman.

Los Angeles is a town rife with contradictions. A thriving music scene, a smorgasbord of ethnic outposts, and proximity to the Pacific have made it a diverse and vibrant metropolis. But, enervating traffic, air pollution, and incessant superficiality renders The City of Angels, some might argue, virtually uninhabitable. The most schizophrenic of all American cities, L.A. is, all at once, irresistible and unbearable. Both Albert Hammond’s “It Never Rains in Southern California” and Randy Newman’s tongue-in-cheek “I Love L.A.” explore this paradox, presenting slightly different takes on the multifaceted locale.

There’s a scene in Noah Baumbach’s film Greenberg in which Ben Stiller saunters over to his Bose speakers, selects Albert Hammond’s gushy ’72 hit, and guiltily looks up at Greta Gerwig. “You have to get past the kitsch,” he explains. Written in London by a penniless Hammond before he made it big in Hollywood, “It Never Rains in Southern California” chronicles a young man lured to L.A. by “talk of opportunities/ T.V. breaks and movies.” Though he’s broke, jobless, and unloved, the protagonist’s worst fear is that people back home will discover he came up short. Poignantly highlighting the contrast between dreams and reality, downtrodden lyrics clash starkly with a perky, triumphant flute and Hammond’s buoyant voice. Juxtaposing SoCal’s pristine climate with his own grueling, loveless existence, the singer belts: “It never rains in California/ But girl, don’t they warn ya/ It pours, man it pours.”

After dismissing New York (“All the people dress like monkeys”) and the Second City (“Let’s leave Chicago to the Eskimos”) in the opening lines of “I Love L.A.”, Randy Newman takes us on an car ride down the Imperial Highway. Amidst lush, expansive instrumentation, all senses are bombarded by the sights and sounds of Los Angeles. We rock out to the Beach Boys, pass by stunning mountains, and steal quick glances at the “big nasty redhead” occupying the passenger seat. A boisterous chorus affirms a love for Century Boulevard, Santa Monica Boulevard, and Sixth Street, as Newman soaks up the plentiful sunshine. “Everybody’s very happy”… almost. Slinging some wry social commentary, the singer references the intense poverty festering beneath the city’s gilded exterior. Without even changing his ecstatic tone, Newman points out that La La Land doesn’t always sparkle and shine: “Look at that bum over there, man/ He’s down on his knees.”

Hammond and Newman both have a soft spot for Los Angeles, at least on the surface. To the former, it’s the land of opportunity, a cloudless paradise. The latter sees L.A. as a visceral, sensory rush of physical beauty and excitement. But, beneath the façade of sunshine and comeliness, both artists see a dark, rotten core. While Albert Hammond exposes the promise of stardom as fallacious, Randy Newman points out that not everyone can enjoy all that the glitzy city has to offer. So long as you’re already rich and successful, L.A. is the land of milk and honey. But, if you’re struggling to make ends meet, “it pours, man it pours.”