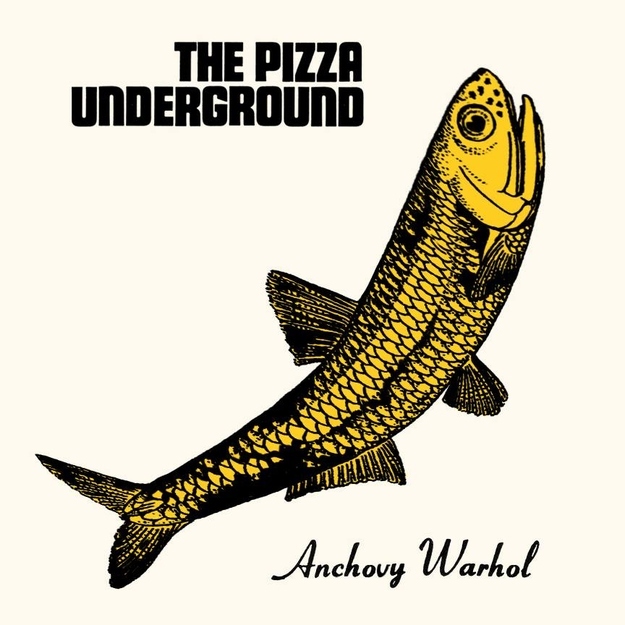 If you had your hopes set on a Home Alone spin-off — where years of neglect has rubbed off on 33-year-old Kevin McCallister, who’s forsaken children in favor of turtledoves… until one day, when Old Man Marley’s granddaughter shows up at his front door with their child and guess who’s no longer home alone? — keep dreaming (or, get going on that Kickstarter campaign). Instead, actor Macaulay Culkin now spends his time playing in a — wait for it — pizza-themed Velvet Underground cover band called — wait for it again — The Pizza Underground. Way more rockin’ than Jake Lloyd’s cover band, the Tofu Fighters.

Culkin is joined by friends/East Village musicians Matt Colbourn, Phoebe Kreutz, Deenah Vollmer, and Austin Kilham. The lineup features one member on guitar while the rest contribute “various forms of percussion, including pizza boxes”, in addition to Culkin’s undoubtedly soulful kazoo playing. The quintet has played just a few shows since forming in early 2012, most recently at the famed anti-folk stomping ground the Sidewalk Cafe. More importantly, they recently recorded a demo at Culkin’s NYC apartment. And, no, it wasn’t completed in half an hour or less.

Nine songs in just under nine minutes, their album re-imagines classic Underground tracks with pizza-themed lyrics (“I’m begininnnnng to eaaaat the sliiiice”), resulting in deep (dish) cuts like “I’m Waiting for Delivery Man”, “Cheese Days”, and “All the Pizza Parties”. Despite the hokey nature and incessant references to anchovies and Papa John’s, their lo-fi, slightly ramshackle covers amount to a playful and harmless bit of Yankovic-ian parody. Listen in below; just be prepared for the urge to devour an extra large with sausage and pineapples when you’re done.

Since you can never have enough pizza or pizza-themed bands, check out some extra pics from the group below.