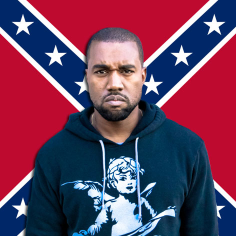 Late last month, Kanye West revealed his intention to release a new studio album by next summer. In a new interview with Jay Z’s Life and Times, Q-Tip said he’ll be producing the album alongside Rick Rubin.

In related news, adidas has formally confirmed their partnership with Kanye. “For 2014, we welcome to the adidas family one of the most influential cultural icons of this generation, Kanye West,” the company said in a statement. “Well known for breaking boundaries across music, film and design and partnering with our history in street wear culture and leading innovations in sport, we look forward to creating a new chapter. Details to follow.”

Below, check out Kanye and Q-Tip’s collaboration “Chain Heavy”.