Off the Avenue: Frightened Rabbit 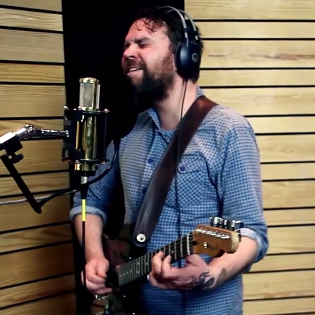 It was another banner year for Off the Avenue presented by Consequence of Sound. In 2013, Orange City, FL’s North Avenue Studios welcomed acts from indie stalwarts (Minus the Bear) to folk favorites (The Cave Singers), young risers (Mount Moriah) to international rockers (The Joy Formidable). Seeing as our two most recent acts came from two-thirds of the British Isles (TJF and The 1975), it seems only fitting that we wrap up the year with Scottish indie folk rockers Frightened Rabbit.

The band crammed all six of its member into the studio to deliver two numbers from one of my personal favorite records of the year, Pedestrian Verse. Watch them rip out “Holy” and “Backyard Skulls” below.

Also be sure to check out past Off the Avenue sessions with Edward Sharpe and the Magnetic Zeros, El-P, YACHT, Here We Go Magic, Cursive, Heartless Bastards, Black Taxi, Bombay Bicycle Club, The Helio Sequence, Astronautalis, and more.

You can also snag a copy of the first compilation from Off the Avenue, which features various recordings from these sessions, including many of the above plus Man Man, Hundred Waters, Roadkill Ghost Choir, and more.