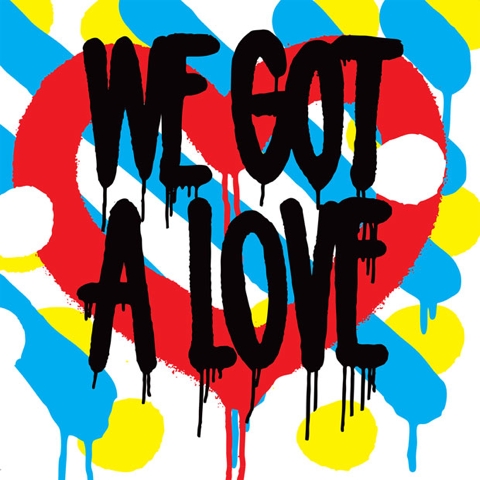 It’s been a few years since we last heard from Shit Robot, the cleverly chosen moniker of electro DJ/producer Marcus Lambkin. In 2010, the Dublin native released his debut album, From the Cradle to the Rave, which featured the talents of LCD Soundsystem’s James Murphy and Nancy Whang and Hot Chip’s Alexis Taylor, among others. In recent years, Lambkin’s kept kept busy with several singles and one-off tracks, most recently a split 12″ with The Juan Maclean. Now, he’s finally announced Shit Robot’s sophomore album, We Got a Love, due out March 18th via DFA Records.

Keeping with the collaborative nature of its predecessor, We Got a Love features several guest appearances, including comedian Reggie Watts, The Rapture’s Luke Jenner, Australian singer Holly Backler, and house legend Lidell Townsell. In a press release, Lambkin said recording, which took place in New York and Germany, “wasn’t as tricky as I thought it was going to be”, adding, “I think my first record was pretty special because there was a lot of lucky coincidences and a lot of being in the right place at the right time, so I didn’t try to repeat it. I just tricked my brain into just making stuff and not trying to follow up the first.”

Our first taste of the album actually came back in September, with the video for the Watts-aided title track. The bouncy, energetic single retains Shit Robot’s bass-heavy techno sound while featuring the R&B vocal stylings of Watts. Check out the corresponding video below, which features the adventures of a glitter-covered man traveling around Los Angeles.

Shit Robot has also unveiled a remix by DJ Paul Woolford, whose reworked the track into a frenetic techno anthem smoothed over with extra layers of bass.